Loud house parties, heated arguments between neighbors: these are the issues that co-op boards typically field. Boards are charged with investigating such matters that affect the building and its residents and can issue fines or take away privileges, like access to amenities, for example. But some matters are far more serious for a board to handle. Just as it's important for boards to know when to take charge, it's vital for boards to know when to step back and let the authorities do what they have to do. Take the Breezy Point Cooperative, for example, whose board wanted to conduct its own investigation into a fatal car crash last month. DNAinfo reports that law enforcement officials have asked the co-op board to hold off and let them handle the police work. The crash, which took place May 31 crash on Rockaway Point Boulevard, "left 26-year-old Thomas Rorke dead and another man injured." A. J Smith, the co-ops chairman, conceded that issuing "somebody a fine for their behavior in the co-op is one thing, [but handling] a criminal investigation [is] bigger than [them]." So what does the co-op have to do with the car crash? Smith told DNAinfo that, "the moments before the crash were captured on surveillance video by one of the co-op's cameras overlooking the shopping center parking lot — and a copy of the footage was turned over to police by co-op security immediately following the crash." Smith and the co-op's security detail reportedly watched a copy of the video before turning it over to police. According to the article, a spokesman with the Queens District Attorney's office, Kevin Ryan, "confirmed that a board member called the person in charge of the investigation and 'requested information and evidence regarding the crash.'" That request was denied, Ryan confirmed, because it is, obviously, an active "NYPD/Queens D.A. investigation." No arrests have been made. 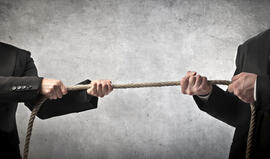 Last week, we presented the continuing saga at Sherwood Village, a Queens co-op where a board found itself evenly split among eight directors. We left off with one half of the board, led by Jonas Winograd, suddenly finding itself in the advantage: one of the board directors who'd resigned took back her resignation, siding with Winograd and his supporters. With a five-to-four majority, this group declared Winograd the new president, replacing Olga Desrosiers. But Olga Desrosiers did not go quietly.

Board Splits into Two Warring Factions at Queens Co-op

Last week, we shared with you the story of Sherwood Village B, a Queens co-op that cycled through three management firms, with each company starting out as the new White Knight, and then departing some months later as the blackest of villains, corrupt to the core. These companies joined the string of lawyers, accountants, and contractors who had been similarly accused by Joseph Desrosiers. Desrosiers and his wife, Olga, moved into the building in 1988. Joseph served as the board's treasurer from 1991 to 1995. Convinced that the co-op was riddled with corruption and "fictitious billing," he got the U.S. Department of Housing and Urban Development and the Queens district attorney's office to open formal investigations. Neither found any evidence of financial wrongdoing. But the accusations continued. 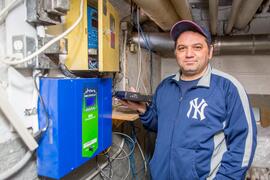 How Technology Has Changed the Role of the Superintendent

"The job of the superintendent has changed drastically," says Steven Todorovich, a super who oversees a 120-unit co-op building in Forest Hills, Queens. "You might be able to get away with just a high school diploma but if you are not technologically savvy, your ability to communicate on many different levels will hamper your job." Todorovich is not alone in his experience of how a superintendent's role has evolved through the years. According to several supers and resident managers, staff members now need to know their way around a building with more than just a wrench. Fifteen years into the twenty-first century, a good super has to know how to download and run apps on an iPhone and how to manage his building's systems and infrastructure from a computer. 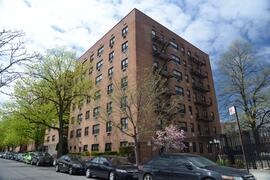 Routine Management Transition Becomes Logistical Nightmare Thanks to Factionalized Board

It is probably among the strangest exchanges between an outgoing management firm and an incoming management firm that you'll ever see. "We will not release anything until the corporation's accountant has performed a complete audit of all files," wrote Rachel Manhim, property manager at Rachlin Management for Sherwood Village B, a Queens co-op. She was responding to an e-mail from Abdullah Fersen, the president of Newgent Management, the incoming firm. He had written Manhim a number of letters requesting payroll documents, and paperwork with various city agencies, arrears statements, vendor bills, and also access to the co-op's money. Fersen was frustrated and surprised. Rachlin had been fired nearly a month before by the new board of Sherwood Village B, and it was dragging its feet. Fersen, a veteran manager, says he has never seen anything like it before — most transitions are perfunctory — and adds that he was forced to recreate many of the records by diligent research among shareholders, vendors, and various city agencies. "We had to go with our plan and recreate everything from scratch," he says.

Was Rachlin being unreasonable?

Ask Habitat: What Happens When Unauthorized Commercial Activity Is Suspected in a Condo?

A READER ASKS: I am part of the staff at a midsize condo in Queens. I've noticed that one of the unit-owners seems to get a lot of packages, some of them via messenger. I think she may be operating a business, which I know is against the rules and can get the building in trouble. I talked to one of my co-workers about my plans to approach the board, and he says I shouldn't stir the pot. I'm new and I don't want to snitch on anyone, but I'm just trying to do my job. What should I do? 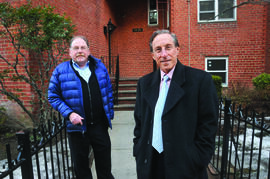 When a woman whom we will call Jane Smith moved into Donner Gardens, a 270-unit co-op in Jackson Heights, Queens, in 2001, she was dismayed to learn that the co-op's sponsor, Muss Development, still owned nearly half of the shares some 15 years after the five-building property's conversion from a rental to a co-op. "When I got here, they hadn't been living up to their end of the agreement — which was to sell units," says Smith, a school administrator in the South Bronx, who got elected to the co-op's board of directors in 2007. "We ended up taking legal action against the sponsor, and they told us they were thinking about selling all of their units." 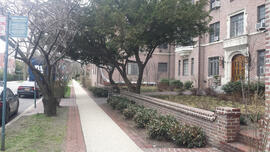 It was a freak storm but it saved the co-op $2.5 million. At least that's one way some might look at it.

Tennis View Apartments, the 177-unit co-op located in the posh Forest Hills Gardens homeowners association in Queens, is part of a small enclave designed in the early twentieth century by Frederick Law Olmsted Jr., son of the renowned landscape architect who helped shape Central and Prospect Parks. The lush landscaping was inspired by the "garden city movement," which aimed to create green oases amidst urban centers. Many of the buildings — a mix of single-family homes, cottages, and apartment buildings — are in the Tudor style, with brick walls, exposed timbers, and terra-cotta roof tiles. 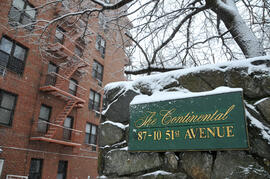 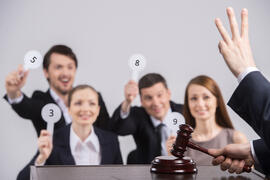 Flushing Condo Saved by Investor Before Hammer Comes Down

Talk about getting saved in the nick of time. The owner of Shirokia Tower, a condo in Flushing, Queens, facing foreclosure, was about to see the building auctioned off. Nearly 100 investors showed up ready to place their bids. All of them went home disappointed, reported the New York Daily News, after "a big time real estate investor… salvage[d] the project." Madison Realty Capital really wants to tap the Flushing market. To that end, it seized its chance, providing a "$14 million mortgage to recapitalize Shirokia Tower, allowing the owner of the property to hang on to it." Things seem to have worked out for this Queens condo, thanks to its "white knight." But buildings can end up in financial difficulties for a variety of reasons, one of them being sponsor defaults — if that's the case, then relying on a so-called white knight might not be the best solution.