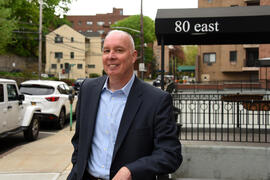 The Super Who Became a Property Manager

Hot Topic: Who Pays When a Cooling System Fails? 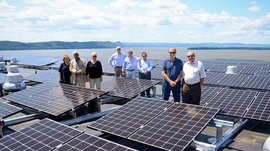 This Co-op Lets the Sun Fund Its Capital Improvements

A Simple Way to Maximize Profits from Parking

Birds Are Nifty. Their Nests Are Nasty

Who’s responsible for cleaning nests out of heating and air-conditioning vents?

Co-op Boards Need to Be Flexible on Sublet Rules

Foreclosure is the last thing a shareholder or board wants. 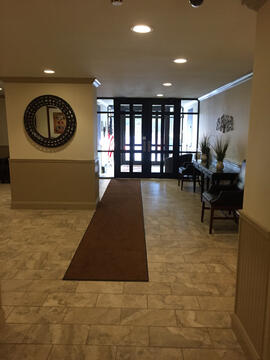 The shareholders at The Homestead, a co-op at 80 East Hartsdale Avenue in Westchester County, were pleased with the makeover at their 165-unit building. Then, at about 1:30 on a cold morning in February, an out-of-control car did a little renovation of its own, crashing into the railing surrounding the outside of the building, breaking it and sending pieces flying onto the deck plaza, into the canopy and the newly installed black metal entry doors to the building, seriously damaging them.

“Thank God, no one was hurt,” says board president Clementine Carbo. “It was a mess.” 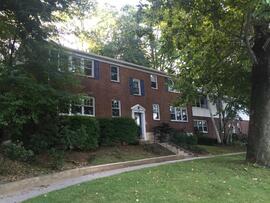 Mold can grow very quickly. Before you know it, tiny spores can become large problems. Health issues caused or worsened by mold exposure include allergy attacks, respiratory infections, and asthma. Those dangers worried the board at Park Knoll, a 228-unit garden apartment complex in Westchester County built 62 years ago. It faced a possible mold threat after two of the fifteen buildings on the twelve-and-a-half-acre site were seriously damaged by fire. 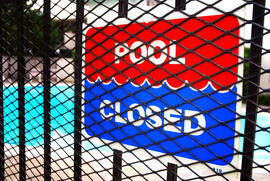 Pool's Closed for Summer: But Is It Wise for Shareholders to Withhold Maintenance?

One of the most important amenities a co-op or condo could have is a swimming pool. Nothing beats being able to cool off in one when the humidity feels like it's at 1,000 percent — which is why it's important for boards to make sure it's maintained properly. Unfortunately for residents of one co-op in Port Chester, Westchester, days before the pool was supposed to open for summer, they got a letter from the managing agent letting them know it would remain closed for the season. The problem, they tell Ronda Kaysen in this week's Ask Real Estate column in The New York Times, is that "the board had recently learned about an open permit that would require major modifications to the pool to bring it up to code. [The] co-op's lender does not allow for any open permits on the property." It's really crappy timing, and something the board should have caught sooner. But now that it's happened, shareholders want to know what recourse they have, if any — especially after one shareholder argued that "she should not have to pay her full maintenance" while the pool was out of commission and management responded by saying "it would report her to a collection agency if she did not pay the full amount." What a mess. Kaysen sympathizes with the shareholders but offers some sage advice: "Nothing puts a damper on Fourth of July festivities like a shuttered swimming pool. So I can only imagine how frustrated you and your neighbors must be at the managing agent and the co-op board, which should have seen this coming. But before you tear up your maintenance check, take a deep breath." James W. Glatthaar, a Westchester real estate lawyer, points out that withholding maintenance is misguided and doesn't help solve the problem. Why? Because the co-op needs that money to make the necessary repairs. The sooner the pool is brought up to code, the better, and that requires everyone's cooperation, even if everyone is really disappointed. Glatthaar adds that "most proprietary leases prohibit shareholders from deducting claims against the building from their maintenance. A delinquent shareholder could be declared in default, leading to late fees, legal fees and interest charges and possibly revocation of the proprietary lease." What to do instead? Kaysen recommends that instead of resorting to counterintuitive tactics, the shareholders should "consider a leadership shake-up. Read through the bylaws, which likely include a provision allowing shareholders to remove directors. In this case, shareholders might have a good reason to oust the current roster, especially if neglecting to close out old permits led to the pool closure." It's the smartest — and cheapest — solution.

Buying a co-op apartment — that is, purchasing shares of the corporation that owns the building — ain't easy. One of the many hurdles a potential buyer has to overcome is the dreaded board interview, not to mention having to successfully tackle the admissions package. The board has to scrutinize you, in part, to ensure that you are the right fit for the building; that you will be a good, courteous, and conscientious neighbor; and that you can afford your apartment. There will be background checks and credit checks and you may not get in. But what happens when you get in and then do something to smear your record? What happens if you find yourself pleading guilty to defrauding the government of more than $165,000 in a 9/11 scheme. A shareholder in Hastings-on-Hudson asks Ronda Kaysen in this week's "Ask Real Estate" column in The New York Times whether the board has any grounds to get this guy out of the co-op. And the answer is probably not what you might expect. Had this shareholder committed a crime prior to purchasing the co-op, it would have shown up on his background check and very likely lost him his chance to buy into the building. But as this happened after he was already a shareholder, well… Kaysen points out that although this guy "might have committed a crime… that fact alone does not make him a bad neighbor, nor does it mean he should lose his home. Although co-ops reserve the right to evict residents under certain circumstances, this is not one of them." The bottom line is that a board can only evict current shareholders "for doing something that harmed either the building or its residents." He's not defrauded the co-op, so he stays.