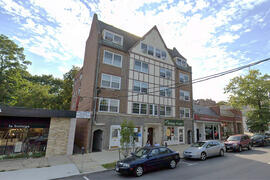 Written by Marianne Schaefer on December 18, 2019

A Co-op Takes 7 Steps to Refurbishing Its Balconies

No Pain, Big Gain for a Co-op’s Reserve Fund

Longacre Gardens finances major projects without a hit on shareholders.

Tired of patching its roof again and again, a co-op decides to replace the roof and cooling towers.

Nightmare at (the Other) Trump Tower

A Chilling Reminder for Co-op Boards 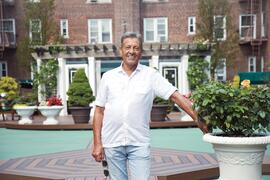 The Park That Joe Built

They said it couldn't be done. But to Joe Camastra that's all the more reason to try to do it. "They said the building slab wasn't conducive to carrying weight. I said, 'No problem. I heard everything you had to say. But I am going to build a park.'"

Now, five years later, Camastra watches as workmen put the finishing touches to a park built over a partially underground garage at the Claridge, one of two 100-unit buildings that make up one cooperative in White Plains. For the last 16 years, the co-op, with an annual budget of approximately $3 million, has been run by board president Camastra, 75, who will never get a prize for modesty (although he could get one for getting things done).

Why Are Sponsors and Boards Often at Odds? Attorneys, Others Offer Insights

Written by Jason Carpenter on February 18, 2014

The history of bad blood between boards and holders of unsold shares or unsold apartments — often called "sponsors" though they might be not the original co-op sponsor or condo developer anymore — dates back to the rental-building conversion boom of the 1980s. Sponsors were the building owners who converted to cooperative status, with units sold to the public. However, in most cases, they would keep a number of apartments and retain majority control of the boards. As a result, they would have the largest say in rules, regulations, and spending for their buildings. This goes on today with new construction and some condominium developers.

And the first step for condo and co-op boards that want an effective working relationship with a sponsor? It's understanding how sponsors think.