This Park Avenue Co-op Board Knows How to Listen

Board adapts to shareholders' changing ages, tastes, and needs.

Boards can require – and store – pictures and identification of visitors.

Illegal bathroom is why boards insist on alteration agreements. 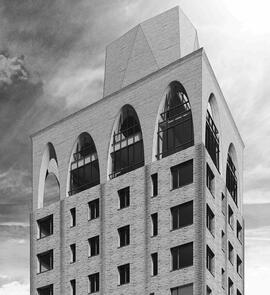 Sure, it's no Jenga tower, but it's still set to become the tallest above 72nd Street. According to New York YIMBY, Tribeca-based developer DDG has officially broken ground on 180 East 88th Street: "The 32-story structure will feature 30-foot-high masonry arches on its top floors and a façade clad in brick imported from Denmark." Each of the 48 condos will average about 2,693 square feet, with ceiling heights of 16 feet. No gripes about tiny New York apartments and lack-of-space issues at this place. As for the ground floor, it will "host 52,000 square feet of commercial space, a small nonprofit art gallery, and 36 bike storage spots." YIMBY adds that generous zoning in the Upper East Side "has made it a hotbed for new high-rise condo towers. The short list includes two 21-story towers planned near the 86th Street stop on the 4/5/6, at 1289 Lexington Avenue and 147 East 86th Street, an Extell-developed condo project in the works on Third Avenue between 94th and 95th Streets, and a glassy development designed by SHoP under construction at 1711 First Avenue." Well, someone has to make sure of the Second Avenue Subway once it's finished in late 2016 or early 2017. It ain't New York City unless the trains are crowded, after all. 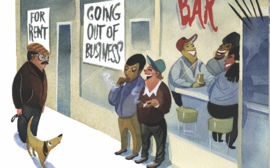 Keeping a Commercial Space From Going to Waste

Long-term leases are a hedge against an uncertain retail future.

Boards Finding New Ways to Profit From Their Commercial Space

Written by David Bogoslaw on September 20, 2017

Is the 99-year lease going to become the new normal?

The Quarter-Century Education of a Co-op Board President