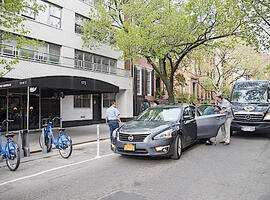 The Cambridge Awaits Appellate Ruling on Its Citi Bike Lawsuit

Call it the battle over the bikes. New York City's year-old Citi Bike bicycle-sharing program may be suffering many well-publicized problems with its docking stations, but now some buildings are challenging its very existence. Four co-op and condo boards have taken legal action to get the fixtures removed or modified. 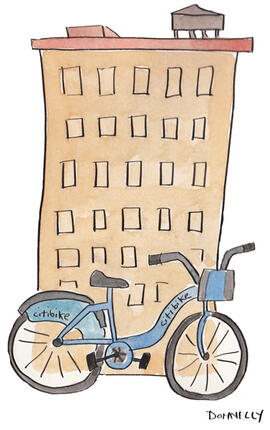 Recent news affecting co-op / condo buyers, sellers, boards and residents. This week, long faces on Long Island, as a the FBI arrests two men they allege ran a Ponzi scheme at their Montauk resort containing over 100 co-op apartments. Another kind of white-collar criminal may be robbing you when you apply for a mortgage. And is it criminal to pay $80,000 for parking space at a car condominium? Plus, the co-op board of The Cambridge House sued the City to get Citi Bike racks in front of its building removed — and now the City says it's above the law and the courts have to stay out!