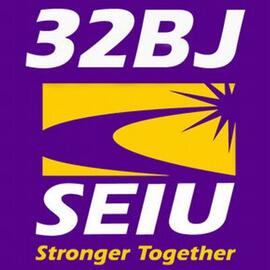 For two years, a group of service workers from the Marais at 520 W. 23rd St. has been trying to join the 32BJ Service Employees International Union (SEIU). Standing in their way is the building's five-member board. It has refused unionization, and has not replied to communications from union representatives, reports Chelsea Now. According to the story, 80 out of 107 residents signed a petition asking the board to allow the workers to join the union, but the board hasn't budged, not even to negotiate.

One resident, Community Board 4 member Lowell Kern, decided to tell the service workers' story with an exhibition of photos and video that documents their two-year ordeal. Called "Beneath the Rails: Working Under the High Line," it took place in Kern's apartment. State Senator Brad Hoylman, State Assemblymember Richard Gottfried and City Councilmember Corey Johnson attended the exhibit's opening on Tuesday, Nov. 18. Also in attendance were 32BJ President Hector Figeuroa and 15 union members. At stake are a livable wage, comprehensive health insurance and a pension — non-union service workers who guard the doors and maintain the building reportedly get paid as little as $13 an hour, compared to the $21 an hour unionized workers receive, and are not offered the comprehensive health insurance and pension of their unionized counterparts.