Following corruption charges last week by nearly 900 residents of the Brooklyn Mitchell-Lama co-op Lindsay Park Housing, the local Community Board chair and two New York City Council members, the co-op board issued a statement denying those claims. Critics allege the board exploits "general proxies," which don't name a candidate, rather directed proxies, which name a specific candidate, in order to keep board members in power.

According to DNAInfo.com, the board says its election practices are fair and monitored by an independent third party approved by the Department of Housing Preservation and Development, and that the dissident Shareholders for the Betterment of Lindsay Park is "a group of relatively uninformed and disappointed tenant-shareholders, who have not been able to have members of their group elected to the Lindsay Park Board and who oppose needed maintenance increases at Lindsay Park." The board said directed proxies are "restrictive" to the democratic process and that there was "no basis" to "unsubstantiated charges of 'corruption.'"

DNAInfo said the board is is verifying signatures on the group's petition to change the method of proxy voting, and will hire an election company to monitor the special meeting that per the co-op's bylaws must be held within 10 to 40 days of the petition's submission. 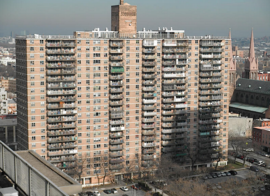 With their local Community Board chairperson in agreement and on their side, nearly 900 residents of Brooklyn's Mitchell-Lama Lindsay Park Housing Cooperative (click image to enlarge) are petitioning to change a board election process they say leads to an entrenched board that is secretive, non-responsive and, as 64-year-old Elizabeth Blizinska told DNAInfo.com, "a dictatorship."

The co-op board of the seven-building Williamsburg complex gathers "general proxies" that don't name a candidate, rather than "directed proxies" that do — which the bylaws allow. The corruption comes in, petitioners say, when the longtime board president uses the proxies to re-elect herself and her allies, sometimes after having misled or intimidated immigrant and elderly residents into signing away a vote. CB1 chair Dealice Fuller agrees with the dissidents. Board president Cora Austin has denied knowledge of any petition, said DNAInfo, but the website cited memos Austin sent to residents earlier this month warning them not to sign it. 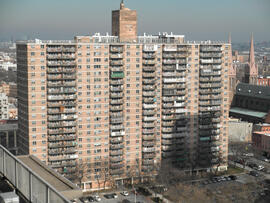 “It was a big deal, a big undertaking,” says Jay Silverberg, principal in Zenith Properties. He’s not kidding, either: take a 21-member board in a seven-building co-op complex, add a $4 million project to convert 10 boilers in three boiler rooms from No. 6 heating oil to natural gas, factor in Housing Preservation and Development (HPD) involvement because it’s a Mitchell-Lama (subsidized) property, and consider that HPD restrictions prohibit loans – and the undertaking doesn’t just seem big. It seems impossible.