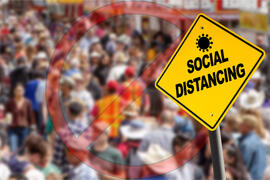 Court Declines to Shut Down Illegal Parties During the Pandemic

Co-op and condo boards need to meet the letter of the law to thwart violations. 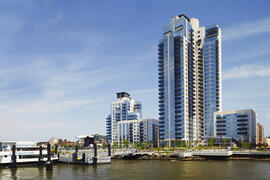 The Edge Condo in Brooklyn Has Seen the LED Light

Board shaves electricity bill by $40,000 a year with lighting retrofit.

Liens filed against Chinese developer over $250,000 in unpaid common charges.

These Brooklyn Condos Are Tax-Free – for a While

Court Lets Sponsor Off the Hook for Condo Defects

Sponsor not responsible for $2 million in construction flaws.

Condo conversion to feature a “jam room” for musicians.

Are Condos Heading to Old Factory By Williamsburg Bridge?

Once upon a time there was a bakery at 331-333 Kent Avenue. When artist Cosimo Cavallaro bought the building, he had big plans for it. Brownstoner reports that, in 2004, Cavallaro wanted to convert the once bakery-then artist loft into an 11-story luxury condo called Punctilio. It was not to be, however. In 2012, the spacious building near the Williamsburg Bridge sold for $5,000,000. All we know about the new owner is that it's an LLC. And thanks to Brownstoner we also know that the mystery owner plans to develop a huge gallery space with apartments, most likely condos. "The first two floors will house a cafe, reception and art gallery over 7,805 square feet…. A two-story addition is [also] planned, which will house two duplex apartments with terraces over 4,663 square feet." The Department of Buildings (DOB) has reportedly given a thumbs down to the planned expansions. And we agree with Brownstoner, which praised the modernity of the new design, but added: "We think it would be even better if the original building were restored, arched brick windows and all."