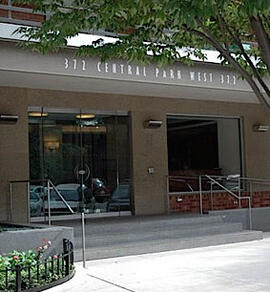 The smokers were outvoted by more than two to one — yet because the vote to ban smoking at The Vaux Condominium didn't reach the required 2/3 supermajority, the tally of 48.85 vs. 23.68 means that less than a quarter of the voting residents have dictated their "right" to a spread carcinogenic smoke throughout a closed environment.

Unit-owner Candice Elliott told The New York Observer that the board failed to pass the ban because "they framed the issue in terms of smoking only" and complained of "an activist board whose members saw themselves as being on the vanguard of this anti-smoking movement." Zeckendorf Towers last year became the largest condo in New York City and possibly the nation to go smoke-free. 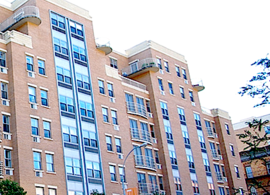 Recent news affecting co-op / condo buyers, sellers, boards and residents. This might be a first: A rich developer is suing shareholders at the City-subsidized, middle-income co-op Madison Park Apartments just for complaining about what they called shoddy construction and repairs, including leaks dating to 2002. Since one of the defendants is a 68-year-old retiree on Social Security, we're guessing developer Donald Capoccia of BFC partners isn't figuring on them mounting an expensive defense. Gag me with a lawsuit.

Plus, a Central Park West condominium extends balloting time for an anti-smoking vote. Should it have? City Council members rail at the Fed for delayed Sandy relief funds. And we've reverse-mortgage realities, Airbnb telling people not to hotel illegally, and how to compile a great co-op board package.

Recent news affecting co-op / condo buyers, sellers, boards and residents. This week, why didn't anyone tell Co-op City's residents there were outbreaks of Legionnaires' Disease? Why did a community board recommend a restaurateur's liquor license over the objections of people living in the same building? And why did a smokers'-rights group butt out of a condo forum? Plus: You can't take your kid's stroller into the passenger elevator? Seriously?