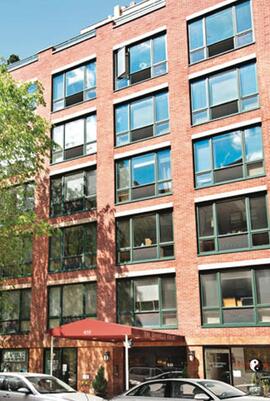 New-Construction Woes: How a Condo Dealt with a Leaky Three-Year-Old Roof

It’s not the kind of information a board ever wants to receive — but it certainly doesn’t expect to receive it three years after the building was built. “After evidence of leaks, the board was compelled to hire an architect to study the conditions of the roofing and found that it was improperly installed by the developer,” says Jeff Heidings, president of Siren Management. “Typically, that’s what is first to go in new construction.”

Typical or not, the flaws made it crucial to replace everything. The previous roof had not had enough insulation, and the drains were improperly installed, causing ponding and saturation. In short, it was leaking into the top two floors.

Newest Amenity: Restaurant VIP Cards! How New York Is That?

In the world of co-op and condo amenities, the midtown condominium The Sheffield has just served up a tasty new dish on a platter: a restaurant partnership entitling residents to a host of perks at eateries owned by the David Burke Group — at no extra cost to the buildings homeowners.

For Whom the Bill Tolls: Board Sues AT&T for 18 Years' Cell-Tower Electricity

Calling AT&T: Why have we been paying your electric bill for 18 years?

That's the question the condo board of The Leonori condominium — where residents include the actor Samuel L. Jackson and former Morgan Stanley CEO John Mack — has put to the telecommunications giant after discovering the building has been paying to power the cell-phone towers on its roof all this time. Even more to the point, that's the question asked in the lawsuit that the condominium filed on July 18. The case is instructive for any condo or co-op board as a reminder to really look at your monthly bills. 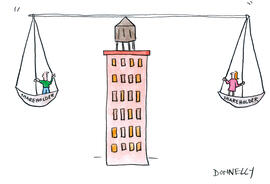 Still Subletting After All These Years — Till the Board Says No, Despite Promises

Written by Richard Siegler and Dale J. Degenshein on July 17, 2012

In Bregman v. 111 Tenants Corp., Cornelia Sharpe Bregman alleged that in 1972 she was renting apartment 6C at 111 East 75th Street in Manhattan, which was converting the building to cooperative ownership. Because of an insufficient number of subscriptions to qualify for conversion, the sponsor asked her to purchase her apartment as well as penthouse Apartment 10A. Bregman says she entered into an agreement that gave her "full, unconditional, and perpetual sublet rights" to both apartments, because the sponsor recognized that she would have to sublet one or both.

This week, a high-end co-op has a low-rent board, according to a lawsuit claiming it's avoiding responsibility for fecal-contaminated water coming from the tap. Yuck. Plus, a pit bull featured on Animal Planet bites a condo neighbor, and elsewhere a pit-bull owner defies a condominium's no-dogs rule without even bothering to make up a "therapy animal" claim. Queens, the home of last year's tax-protest movement, examines the just-renewed tax abatement, and what happens when your storage locker gets broken into? Plus: An infestation of artists, all over Co-op Village! 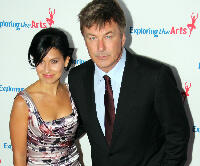 Recent news affecting co-op / condo buyers, sellers, boards and residents. This week,it's a nail-biter as New York City and New York State play chicken over the technically expired property-tax abatement for co-ops and condos. Plus, private playgrounds are the hot new kid-friendly amenity and Alec Baldwin's new wife buys a condo ... right next to her husband's. Is that like his-and-her towels? For condo and co-op boards, we've no less than The New York Times says sic 'em when it comes to condo arrears. And here's how you break up with the nice, friendly volunteer who's not so great at the job. 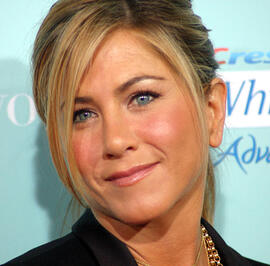 Recent news affecting co-op / condo buyers, sellers, boards and residents. This week, Mayor Bloomberg proposes a residential smoking ban. Or does he? Plus, a tree may grow in Brooklyn but a co-op's just sprouted in the ever-burgeoning Bronx; the highest-priced New York City co-op ever gets sold; and what could be the second-priciest condo gets put on the market. Good thing Co-op City is staying affordable. And we wonder what Jennifer Aniston's combined co-op apartments will sell for now that she's moving (or moving in) elsewhere. 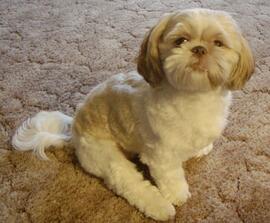 Recent news affecting co-op / condo buyers, sellers, boards and residents. This week, NY1's Pat Kiernan isn't just a new anchor — he's also board president of a co-op that kept an unwanted building from going up next door. Now that's board clout. Plus: What do you with a nymphomaniac? No, no, if you don't want one around. We've also the latest new-construction woes and apartment sales-market reports. And while it involves a rental building and not a co-op or condo, you'll want to read about a near-tragedy because of a window air conditioner that fell 20 stories. 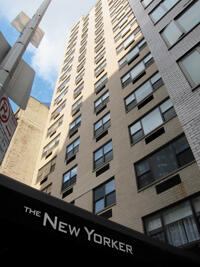