The Antoinette learned the hard way that when it comes to co-op and condo boards, all directors need to pull their own weight and keep some people in check. For the 58-unit co-op, at 7 East 35th Street in midtown Manhattan, this meant coming out from under the thumb of a board president who convinced a board to vote to save him money at the expense of the co-op. 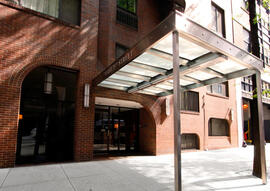 By all accounts, The Antoinette, a 58-unit cooperative at 7 East 35th Street just around the corner from the Empire State Building, had a strong board president. For a decade, Harvey Goldman led a board that could boast of many impressive achievements. It negotiated with labor unions, resulting in annual savings of $120,000 in staff wages. It held the line on maintenance for six straight years. It persuaded the super to move from a two-bedroom, two-bath apartment into a one-bedroom, one-bath, then sold the former, adding nicely to the co-op's bottom line. Residents agreed that Goldman was a forceful leader. Nonetheless, the assessments of his personality were a bit more uneven, ranging from "very strong" to "bully."

One Co-op Recovers from a Board's Poisonous Lack of Transparency

Sharon Roush moved into The Antoinette in 2007 but didn't get involved in board matters until co-op board president Harvey Goldman approached her to sign a petition calling for a special meeting. The purpose of the meeting? To try to rescind the new shares that had been allocated to Goldman's apartment when he and his wife enclosed a terrace to create a new master bedroom and bath.

Roush was startled. "His own agenda," she says of Goldman, "was to throw out the [other] directors."

Recent news affecting co-op and condo buyers, sellers, boards and residents. The aftermath of superstorm Sandy lingers, Concourse Village workers may strike and a co-op / condo board-member group meets with mayoral candidate Joe Lhota. Plus, lot o' news for boards this week, as one court ruling partly limits the Business Judgment Rule and another says a particular type of Airbnb rental isn't illegal hoteling. And experts answer a board member's own plea: "What Can I Do About the Tyrants on My Co-op Board?"