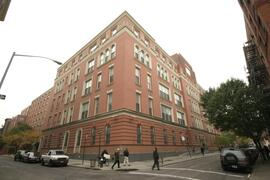 This story just keeps on giving.

Nursing facility sold on the sly to luxury condo developers. 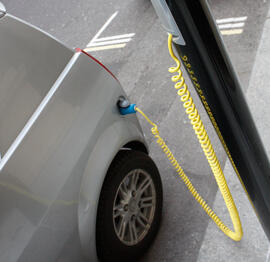 Time For Your Building to Plug Into Electric Car Charging?

In 2014, more than 10,000 plug-in cars were on the road in New York State. That number is projected to triple by 2018 and reach 1 million by 2025. It would be natural for an enterprising co-op or condo board to sense an opportunity. After all, someone has to charge all those cars. 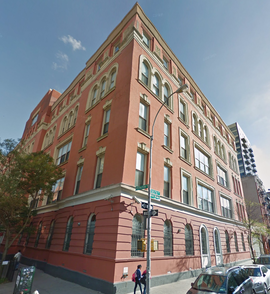 Chinese money keeps pouring into New York City real estate. The latest infusion comes from China Vanke, the largest residential developer in China, which has partnered with Adam America Real Estate and Slate Property Group to pay an eye-popping $116 million for a former Lower East Side AIDS nursing facility that was originally built as a schoolhouse in the late 19th century. The developers plan to turn the vacant, 150,000-square-foot building at 45 Rivington Street into luxury condo apartments.

China Vanke is also developing properties in midtown Manhattan, and in Park Slope and downtown Brooklyn.

The Rivington Street building was sold to the developers by the Allure Group, a private nursing home operator, which paid $28 million for the building last year and closed its 219-bed AIDS nursing facility last December, citing failure to obtain state Medicaid reimbursements. The sale to China Vanke was finalized only after the city made the controversial decision to lift a restriction on the deed, which required the building to remain a nonprofit nursing home in perpetuity.

Before the sale was finalized, Community Board 3 passed an angry resolution, saying the De Blasio administration lifted the deed restriction “with a total lack of transparency and without fair or reasonable public notice.”

Written by Marianne Schaefer on February 25, 2016

Every co-op and condo board in the city is in a perpetual hunt for the sweet spot: Low monthly maintenance plus a building that’s healthy fiscally and physically. When the board at the 1,728-unit Seward Park Co-op on the Lower East Side of Manhattan announced on Jan. 28 that they were hiring a valet parking firm to run the co-op’s 388-space garage and parking lot, they were “thrilled” to note that the change would keep parking prices below market rate, shorten the waiting list by increasing the number of spaces, and generate up to $200,000 in additional annual revenue. The board had hit the sweet spot, right? 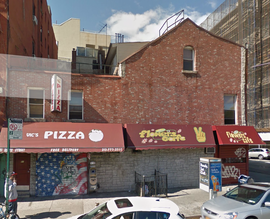 The Department of Buildings has given its blessing to the demolition of one of the oldest and quirkiest buildings on the Lower East Side – a 200-year-old Federal row house at the corner of Grand and Essex Streets, The Lo-Down reports.
The building’s owner, Jennie Lai, plans to erect a 6,500-square-foot mixed commercial and residential building on the site, which recently housed a pizza parlor and flower shop on street level. The building is not landmarked because it had undergone too many alterations over the years, and so it was not protected by the Landmarks Preservation Commission.

The DOB rejected Lai’s original development plans earlier this month. She paid $4 million for the building, which will soon enter the graveyard of forgotten olde New York. 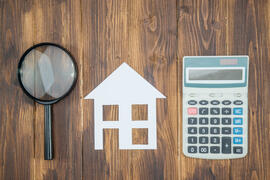 When I applied to sublet an apartment in a co-op recently – something I had never done before – I received a crash course on a little four-letter word that is vital to the health of many co-ops: fees. Specifically, I got schooled on the fees that I, the potential subletter, would pay to the co-op and, far more important, the fees the shareholder would pay to the co-op for the privilege of renting her apartment to me. 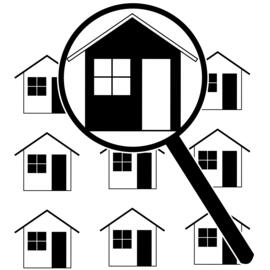 Sweating the Vetting of a Co-op Sublet

When I got word that my landlord was not going to renew my lease on the condo apartment I’d been renting for the past six years in Alphabet City, I got busy. My hunt brought me eventually to a lovely one-bedroom apartment with a terrace and knockout views of midtown and downtown Manhattan, for about the same rent I’d been paying for my apartment across the street from a housing project in Alphabet City. There was just one hitch: the building was a co-op, which meant, for the first time in my life, I would have to undergo a co-op’s vetting process for subletters. 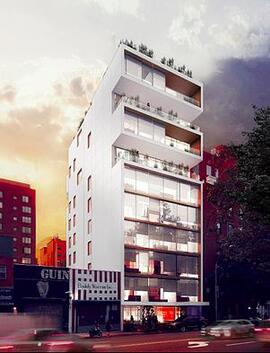 When Yaniv Cohen of Acmos on Chrystie LLC purchased 173 Chrystie Street for $15 million, the plan was to build a 10-story luxury condo tower. Bowery Boogie reports that the owners have submitted demolition permits to the Department of Buildings. Although "the paperwork on file with the DOB is still listed as disapproved," so far we know that the tentative completion date is 2018, that the building will span a total floor area of 25,265 square feet spread across 13 units plus a private roof deck, and that amenities will include a cellar gym and bike storage. ODA Architecture has released a rendering showing us what 173 Chrystie will look like, pending the DOB's approval, of course.

Rendering of 173 Chrystie by ODA Architecture 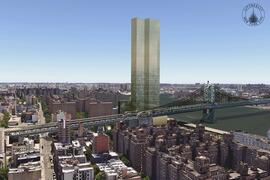 Almost one month ago, Lower East Side residents voiced serious concerns about the construction site for a new luxury condo tower after parts of Cherry Street — located behind the site — began to crack and sink. Now locals have learned that the building "on the East River waterfront could rise up to 800 feet — almost three times taller than the neighboring Manhattan Bridge [as well as] the tallest buildings in the area," according to DNAinfo. Talk about sticking out like a sore thumb. Curiously enough, DNAinfo reports that "[Extell Development Company] previously had a permit to construct a 68-story building but applied to lower its height to 56 stories in March.... Extell received a permit to build the 56-story tower last month, according to [the Department of Buildings'] website, even though a sign at the construction site says the building will be 71 stories tall." Residents are not happy, especially since — in addition to the sinking street and construction concerns — they’ve also lost a supermarket thanks to the new development. One thing's for sure, neighbors are ready to air their grievances about the tower "in a July 29 meeting hosted by Community Board 3 and the Two Bridges Tenants Association. The meeting will take place at 6:30 p.m. at the Two Bridges Tower community room, located at 82 Rutgers Slip."