Some co-op and condo buildings let you sublet for a couple of weeks while you're away on vacation or on an extended business trip. Many don't. And now a bill currently before the governor to pass or veto seeks to remove that choice from co-op boards and condo associations altogether — for claimed reasons that should apply equally to brownstones, yet inexplicably do not.

The proposed law, which passed the Assembly on July 1 after having already passed in the Senate, arrived on Governor David Patterson's desk yesterday (July 13). He has 10 days to pass or veto it.  It would ban apartment rentals of less than one month. Numbered A10008 and S6873 in their identical Assembly and Senate versions, respectively, the bill covers all "class A multiple dwellings," which the New York State Multiple Dwelling Law defines as any building — rental, condominium or co-op — that permanently houses three or more families.

Opponents of the bill say it's an

Apartment vacation-rentals, generally booked through budget-travel and bed-and-breakfast sites such as AirBnB, Roomorama and HomeAway, or through private classified ads, have proliferated as hotel costs have risen. Barbara DeLollis of the USA Today blog Hotel Check-In notes New York City has the most expensive hotels in the nation, with an average room cost $232 a night the week beginning June 20.

In terms of co-op and condo buildings, such rentals have been legal, say real-estate experts, so long as the co-op board or condo association has not passed appropriate rules against it. 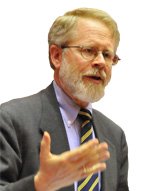 Assemblyman  Richard N. Gottfried (at left) Democrat of District 75, which covers most of Manhattan's Midtown West, has said the bill is designed to target rental landlords who put up walls in violation of fire codes or make other illegal changes to create de facto hotels and deplete housing stock for permanent residents.

He tells Habitat he draws no distinction between rental apartments and privately owned co-op or condo apartments. In either case, "You've got a lot of apartments stacked on top of each other. If I'm in 7A and 7B is having transients coming and going at all hours of the days or night, it's a nightmare. If the co-op at 100 Maple Avenue sees the one at 102 Maple Avenue running a hotel or running a glue factory, the co-op at 100 is going be pretty angry abut the one at 102."

Yet while that argument would also apply to brownstones at 100 and 102 Maple Avenue, brownstone owners are exempt —  making co-op and condo owners second-class citizens in terms of private home ownership, as far as this bill is concerned.

Gottfried said the bill exempts formal bed-and-breakfast situations in which guests rent a room in an apartment while the residents continue to live there. As well, he told USA Today, "Somebody who is going away on vacation and once in a blue moon rents the apartment is probably not going to be affected by this." 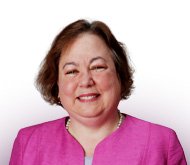 State Senator  Liz Krueger (at right), Democrat of the 26th Senate District, who sponsored the Senate version, said in the statement today, "The proliferation of illegal hotel operations has removed thousands of apartments from an already tight housing market, disrupted the lives of the permanent residents who live in the buildings, and decreased the City's tax base. Furthermore, because illegal hotels do not comply with the local building, fire, and housing codes that are required for buildings zoned for transient occupants, they pose a serious threat to public safety."

However, writes Jason Cochran of the personal-finance site WalletPop.com, the bill "is a blow for the budget traveler and a boon for the high-priced hotel-and-convention industry." While acknowledging, "There have been problems with unscrupulous brokers handing out bogus or substandard reservations" and "unscrupulous landlords ousting their tenants in order to convert to short-term rentals," he calls the bill "a blanket ban, like shooting a cannon to kill a rat. If the politicians had more finesse, they would craft a law that protects the personal freedom to rent out your home for legitimate purposes."

Beyond the realm of cost-conscious travelers, the bill has struck a chord with those protective of homeowner rights.

"Opponents of the bill say it's an infringement of homeowners' rights and have accused supporters of caving to pressure from hotel industry lobbyists who see the lower rates on the likes of Craigslist and AirBnB as a threat," wrote CNET News' Caroline McCarthy Monday. Commenters who posted at her story uniformly agreed.

"It is just the hotels lobby getting it their way," wrote one. "The true enemies of personal liberties are big government and big corporations." Wrote another, "[T]his is something that should be left to individual buildings." A more excitable commenter demanded to know, "What right does the Government have to tell us who we can rent to based on what website they use and for how long they plan to rent?! This is crazy! How is this happening in America?

think they know better, and

change the fact that laws apply.

Krueger told The New York Times the proposed law targets landlords who have improperly converted private units into commercial spaces, and insisted individuals who sublet their apartments need not worry. "The city is not going to knock on doors," she said. One legislative aide familiar with the legislation told Habitat that in such cases enforcement would hinge on whether fellow residents complained.

Krueger echoed that in USA Today. "It's a complaint-driven system, and if nobody makes a complaint there's no issue," she claimed.

While no one can predict enforcement trends, that promise may placate some boards in pragmatic terms. But it does not address the wearing away of a board's self-determination.

"Transient use of a permanent dwelling is illegal," whether that dwelling is a house or a co-op or condo apartment, Gottfriend says. "The fact a co-op board might think they know better, and might well know better, doesn't change the fact that laws apply."