How a New Board Took On a Huge Mess

Marilyn Profita and six other residents of the Meadowlark Gardens cooperative in Fresh Meadows, Queens, ran for the board in fall 2013, sweeping all seven seats. The group had quite a task ahead of them as they worked to turn things around at the eight-building, 288-unit co-op, which was in deplorable fiscal and physical shape. 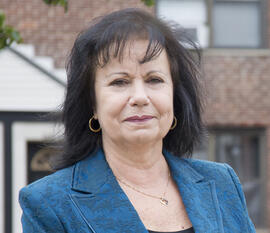 How Shareholders at a Queens Co-op Reclaimed Their Turf

Marilyn Profita, a retired teacher, moved into the Meadowlark Gardens cooperative in Fresh Meadows, Queens, in 2000. Since that time, she and the other shareholders have been subject to repeated assessments and maintenance increases — including back-to-back nine percent increases in the past two fiscal years. After getting nowhere with the board and the building's accountant, Profita decided to get legal help. In late 2012, she called Mark Hankin, a veteran real estate lawyer with the firm Hankin & Mazel. Speaking for a group of disgruntled shareholders at the eight-building, 288-unit co-op, Profita told Hankin that she and her group wanted to know what they could do about the co-op's deplorable fiscal and physical condition.