Is the Luxury Condo The Printing House Union-Busting and Mistreating Staff?

Just weeks after the new Service Employees International Union Local 32BJ contract was renewed, rumblings of union-busting and unfair working conditions are thrusting handymen, porters and doormen back into the spotlight. 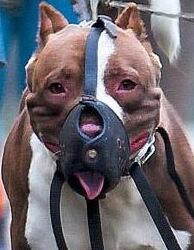 Recent news affecting co-op / condo buyers, sellers, boards and residents. This week, a Battery Park condo board wants two pit bulls that terrorized a Yorkie removed, while a banker jumps out a window when his Fifth Avenue co-op board wants his poodles ousted. Oh, and also because he's facing a huge tax bill. And speaking of ousted, a rental-building owner is the latest to use a private detective to evict an illegal hotelier. Plus, for condo and co-op boards, we've news of a disaster-grant bill two Congressmen will introduce tomorrow, a report on luxury co-ops and condos being undertaxed and a West Village condo with a truly creative idea — making your lobby smell upscale!