One Board President's On-the-Job Training

Democracy replaces autocracy at an Upper East Side condo.

That's not a Jenga tower, folks. That is a rendering of what will be one of the tallest residential towers in the city, standing at a vertigo-inducing 900 feet, 90 stories. Bauhouse Group, the developer, does not seem interested in making sure the new colossus fits in to old-school Manhattan neighborhood Sutton Place. And longtime residents feel duped. According to the New York Daily News, the neighborhood's "longtime residents… thought they were getting a new luxury apartment next door that would be 13 stories tall — 30 at most." So, in December 2014, the luxury developer met with residents of 434 East 58th Street to discuss the matter of air rights. The Daily News reports that "according to minutes of the Dec. 22 meeting, a shareholder asked Bauhouse executive Christopher Jones for details, including whether it would be 'a 100-story building.' Jones replied that he was 'unsure of exact height' and that 'air rights would be a factor,' but the tower 'will not be 100 stories, as of now expected to be 13 stories.'" The co-op's shareholders voted to sell its air rights to the developer for $11 million, figuring that "30 stories wasn't completely out of character" for the holdover neighborhood that's been home to Vanderbilts, Morgans, and Marilyn Monroe. But "on April 7, Bauhouse put out a full-color brochure of a 90-story 'ultraluxury' skyscraper," leaving the shareholders feeling mislead. Now it looks like it's a game of he said/she said, with a spokesperson for Bauhouse claiming the minutes aren't accurate and the shareholder who took them insisting they are, indeed, correct. Talk about getting a harsh lesson in the cutthroat world of New York City real estate: Luxury tower style. 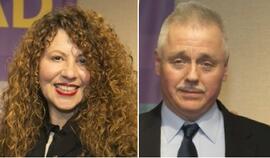 Doorman, Doorwoman of Year, Others, Named at Service Workers Awards

A doorman who helped save the life of an elderly tenant trapped in her apartment for two days with a broken hip. A porter who collapsed on smoke-filled stairs after having helped get residents out of their apartments during a fire. An engineer and former New York City Department of Buildings inspector who became the super for a six-building, 1,700-apartment complex. They and 18 other city residential and office workers each took home a prize as the best in their categories in the 2014 Building Service Workers Awards. 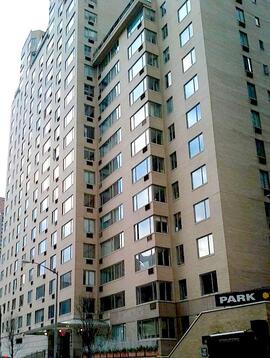 We've covered lawsuits filed by and against co-ops and condos for decades, here at Habitat. And just when we think there's nothing new under the sun, we find something new in the garage — specifically, the garage at 411 E. 53rd Street in Manhattan's Sutton Place neighborhood. And if you think a condo board and two men who grew up in a real-estate family wouldn't go to court over a backflow preventer — a plumbing valve that costs a few hundred bucks, plus labor — well … you'd be wrong. 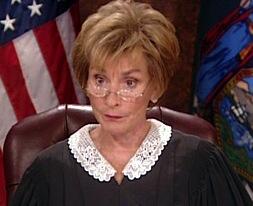 Recent news affecting co-op / condo buyers, sellers, boards and residents. This week there's a lot of news for boards in particular, with a growing wave of scammers falsely claiming disability in order to have dogs in a no-pet building, with the latest on publicly naming residents in arrears, with the expansion of no-smoking buildings, and with converting a club space to an apartment for resale. Plus: families buying multiple apartments together, broker-free sales and Judge Judy (above) buys in Sutton Place. 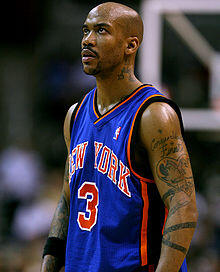 Recent news affecting co-op / condo buyers, sellers, boards and residents. This week, one of the city's biggest landlords enacts one of the largest smoking bans in the country, with reverberations for co-ops and condos. A shareholder sues a co-op board over a newly blocked view. A veterans' loan-guarantee program, common throughout the country, gets no respect in New York. And married co-op and condo owners are taking in roommates,

Written by Richard Siegler and Dale J. Degenshein on October 04, 2012

Theodore Xenakis bought shares of 50 Sutton Place South Owners Corp. and was the proprietary lessee of Apartment 6J. In August 1980, he purported to transfer the shares and assign the lease to Cia. Naviera Financiera Aries, a Panamanian corporation. Xenakis never told that co-op board he had transferred the shares and lease.