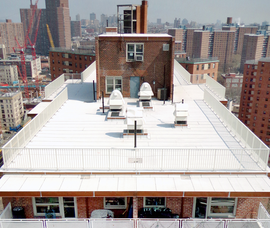 As the scope of a capital project grew, a co-op board adjusted.

Pulling the Plug on Moonlighting Staff

A co-op board forbids its staff from playing handyman after hours.

The Power of Unconventional Thinking

Good things happen when boards and their managers avoid the easy route. 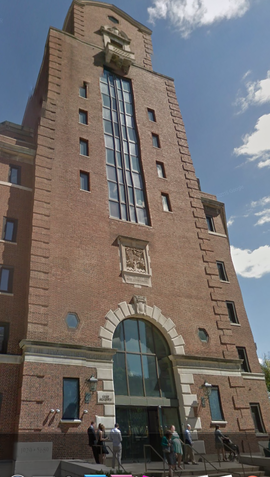 Developer Gets Financing for Condos at Jewish Theological Seminary

In January we told you that the Jewish Theological Seminary had sold a chunk of its campus in Morningside Heights, plus limited development rights and an off-campus residence for $96 million. Now, the Commercial Observer reports, the developer Savanna has secured a $34.6 million loan from Pacific Western Bank to help fund its plan to erect a 250,000-square-foot luxury condo building on the former campus parcel on West 122nd Street between Amsterdam Avenue and Broadway. The architecture firm Beyer Blinder Bell will design it.

Meanwhile, the seminary, which has hired the architects Tod Williams and Billie Tsien, is moving ahead with plans to use its windfall to build a performing arts space, as well as a residence hall above a new library that will house the school’s collection of rare Judaic books, manuscripts and scrolls. 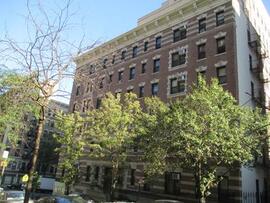 Up On the Roof: A Board Deals With Unpleasant Surprises

The 26-unit co-op at 431 West 121st Street in Manhattan “had some access leaks along one of the facades and we knew we were going to have to do the roof,” says Beth Markowitz, the principal in Merlot Management, the manager of the property. “That, in essence, is how the project started. It is something we had been talking about for a while.”

But the job turned out to be much bigger than anyone expected. 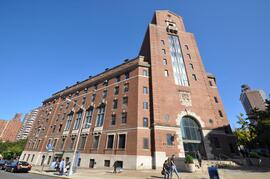 Another Seminary Cashes In On Its Valuable Land and Air Rights

One dubious turn deserves another. The Jewish Theological Seminary, following the lead of its Morningside Heights neighbor Union Theological Seminary, has sold a chunk of its campus and air rights for $96 million to the developer Savanna, which plans to erect a 250,000-square-foot condominium building on the Broadway property.

The developer has tapped the architecture firm Beyer Blinder Belle to design the project. The seminary plans to use the proceeds from the sale to renovate existing buildings and add new facilities, including a performing-arts space and a residence hall, the Wall Street Journal reports.

“Most of these groups don’t have a lot of capital money available,” says Cushman’s David Lebenstein, who was not involved in the transaction. “When they can tap into hidden value in their real estate, it’s a big win for them.”

It was an odd situation. The Mont Cenis Apartments, a 24-unit co-op at 54 Morningside Drive, stopped a capital job in progress, sought out a second engineering opinion, and then hired a new firm to direct the work.

The project was a facade restoration at the six-story property. One of the oldest co-ops in the city, Mont Cenis was built in 1925 on West 116th Street, and is one of four sister buildings in the area. During the seventh Local Law 11 inspection cycle in 2010 (now known as the Façade Inspection Safety Program, or FISP), the engineer examining the façade cited the building for defects. Repairs had to be completed by the eighth cycle. According to Brad Taylor, an architect who was board president when the work began, “the bulk of the job consisted of replacing terracotta lintels. The building decided to match the terracotta units to be replaced with cast stone, [which] offered us some cost savings and expedited scheduling as the wait from placing the order to delivery was cut in half (three months vs six months).” 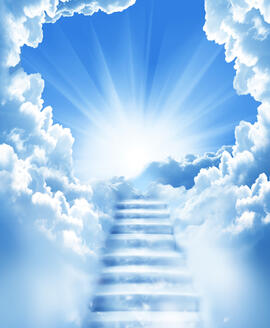 Can God and a luxury condo tower co-exist?
That’s the questions on the minds of administrators, students and alumni at the Gothic campus of Union Theological Seminary in Morningside Heights, where The Wall Street Journal reports [paywall] that the school is considering selling 350,000 feet of air rights to a luxury condo developer to fund $100 million in renovations to building exteriors as well as electrical, mechanical and plumbing systems.
Rev. Dr. Serene Jones, the seminary’s president, said the proposed tower would be a “slender” building on the northern portion of the quadrangle at the center of the campus. The school is working with L&M Development Partners. Without specifying the building’s height, she said it would “respect” the 392-foot tower at nearby Riverside Church. Robert Von Ancken, an air rights expert, told the Journal he expected the building to be between 35 and 40 stories.
The idea of building luxury condos on the campus of a religious institution has met with stiff resistance. More than 200 students, alumni and others have signed a letter urging a “complete and immediate” scuttling of the plan. At a recent rally, one student carried a sign that declared “There are no luxury condos in the Kingdom of Heaven!”

Recent news affecting co-op / condo buyers, sellers, boards and residents. A co-op board is rightly skeptical of a claim that no possible antidepression treatment even exists other than a dog. A starchitect's building in Brooklyn comes without a trash room, and the city says it's legal — but still tickets the condo for, well, not having a trash room. Manhattan condos are selling strong, but co-op bargains are to be had in the Heights. And for co-op / condo boards, a discrimination lawsuit still stands, but its lawyers don't.