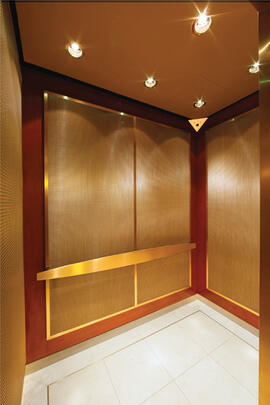 Elevator-Cab Upgrade: When Aesthetics Can Give Your Market Value a Lift

The lobby and hallways of The Brevard, a 410-unit cooperative in midtown Manhattan, set a tone of grace and sophistication. But until recently, the building's four elevators were a far cry from classy. According to co-op board president Steven Avitable, residents would walk from a modern and elegant lobby into a blast from an uglier past: aging elevator cabs right out of the 1970s. "There was a startling disconnect," he notes.

Unlike lobbies, which are often a source of pride, elevators are often an afterthought for co-op and condo boards. They move people up and down and, unless they're not working, no one wants to spend money on them. But in terms of building aesthetics, which directly affect apartments' market value, that's can be a costly mistake.