The Financial District Has a 670-Foot-Tall Leaning Tower

Downtown Is the New Upper East Side 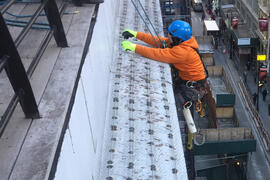 A Low-Tech Solution to a High-Level Problem

Written by Marianne Schaefer on December 20, 2017

The lowly pigeon spike rescues a building with a dangerous ice problem.

Appeals court rules developer and principals can be liable for breach of contract and fraud. 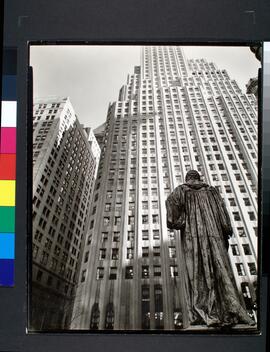 Another Bank Building Cashes In and Goes Condo

An art deco gem in the Financial District of lower Manhattan has become the latest to join a growing trend: former bank buildings that are being converted into luxury condominiums.

The conversion plan for One Wall Street, a 50-story icon designed in 1931 by Ralph Walker as headquarters for the Irving Trust Co., has won the approval of the Landmarks Preservation Commission (LPC), YIMBY reports. Macklowe Properties, which bought the building from Bank of New York Mellon in 2014 for $585 million, plans to turn the landmarked structure and adjacent annex into 524 apartments, with two commercial spaces on the ground floor, one of which will occupy the famed Red Room. The plans, prepared by the architects Robert A.M. Stern and SLCE Architects, do not specify what will become of the four-story observation room on top of the building.

Stern told the LPC he is excited to bring the building “back to glory.” 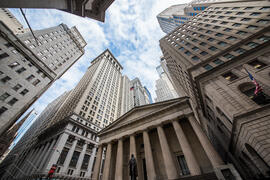 Their long nightmare is finally over. Years of litigation between a developer and the residents of three luxury condo developments in the Financial District and Brooklyn’s DUMBO neighborhood came to an end last week.

New York state Attorney General Eric Schneiderman announced that the developer, Africa Israel Investments, Ltd., must resolve numerous construction defects at the three buildings, surrender control to the condo boards, and pay a $2 million penalty to the city for improperly taking 421-g tax breaks, as reported by The New York Times. The agreement also calls for Africa Israel, owned by Lev Leviev, who broke his partnership with Shaya Boymelgreen, to put an undisclosed sum into escrow for bilked buyers.

Among the defects at the buildings – located at 15 Broad Street (across from the New York Stock Exchange) and 20 Pine Street in Manhattan, and 85 Adams Street in Brooklyn – were brown tap water, leaky walls, buckling floors and incomplete fire-proofing.

“Today’s settlement is a warning to property developers in New York state,” Schneiderman said in a statement. “Those who collect the enormous profits that flow from offering real estate securities in New York will not be allowed to shirk their obligations to purchasers and the public.” 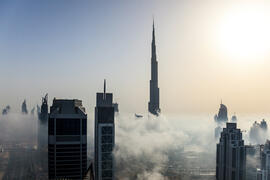 If living way up in the sky is your idea of heaven, we’ve got good news for you. The Italy-based Pizzarotti Group has confirmed to Curbed that it plans to wedge an 86-story condo tower into the shoulder-to-shoulder Financial District in lower Manhattan.

The building, at 45 Broad Street, was designed by CetraRuddy and will be 1,100 feet tall, which easily qualifies it for admission into the city’s growing club of so-called “supertalls.” (A height of at least 984 feet is required for admission.) The tower will have 245 condo apartments that will cater to “entry- and mid-level buyers,” says Pizzarotti CEO Rance MacFarland. In addition to a pool, gym and lounge, there will be five floors of commercial space. Plans call for ground to be broken late this year, with a completion date in 2018. 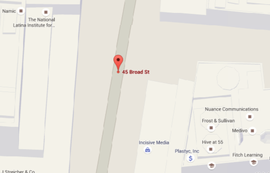 More condos are set to rise in the Financial District. It looks like the latest in the works is a 65-story condo tower that will put the vacant site at 45 Broad Street to good use. According to The Real Deal, Robert Gladstone's Madison Equities and partners Pizzarotti Group "closed on the purchase of the land for $86 million and secured a $75 million acquisition loan." Tentatively scheduled for completion in 2019, the residential tower will span 290,000 square feet. Architect Cetra/Ruddy will be designing the building.

Show us a New Yorker and we'll show you someone who depends on takeout. Living near a few good places that deliver is arguably as important as scoring some nice digs relatively near a subway. But as Ronda Kaysen points out in this week's "Ask Real Estate" column in The New York Times, living near one is one thing. Living above one, quite another. A condo in the Financial District has instituted a special assessment to cover the costs of a lawsuit brought by the building to prevent a restaurant tenant from occupying the commercial space on the ground floor. One unit-owners asks Kaysen whether a board can use an assessment forcing everyone to pay for a lawsuit that not all residents actually support. Kaysen explains that condo boards are allowed to sue on behalf of the building, "even if some owners disagreed with its merits." And condo bylaws allow boards to collect common charges and special assessments. In fact, adds Marc Luxemburg, a Manhattan lawyer who represents condos and co-ops, the Business Judgment Rule makes it particularly tricky for unit-owners to challenge the board's decision in this case. 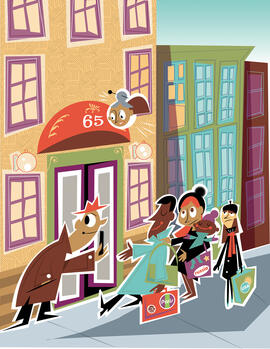 Residents Hoteling? Tell 'em, "It's Illegal, Against the Bylaws, and You'll Be Fined"

The condo board at The South Star, a 147-unit high-rise in downtown Manhattan, thought they had solved their short-term rental problem when they sent out a letter carefully detailing the consequences of nightly or weekly listings. And for the majority of unit-owners, that was enough.

However, there's always one person who thinks the rules don't apply. So what do you do when a unit-owner adamantly refuses to comply with the bylaws? Throw the book at them. Metaphorically, of course.