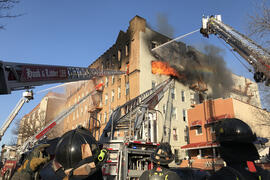 Boards Need to Crack Down on Homeowner’s Insurance

Devastating Brooklyn fire points to hazards of being uninsured.

“How could co-ops not do this?”

Gentrification Has Arrived in Sunset Park

A $2 million townhouse sale in neighborhood that spawned the co-op movement.

Written by Marianne Schaefer on December 29, 2016

Unique loan allows co-op to go solar for no money down.

A dedicated co-op board president tackles a long-overdue roof project in Brooklyn. 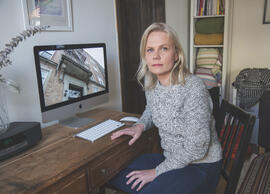 In 1916, the nation’s first nonprofit housing cooperative was born in Brooklyn. 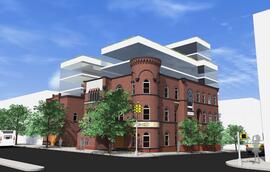 Brooklyn Castle to Convert From Cop Shop to Condos

It’s known as the Castle, for good reason. Built in 1886 as the NYPD’s 68th precinct house, it’s an ornate Romanesque Revival brick fortress with a crenellated turret gazing down at the intersection of Fourth Avenue and 43rd Street in the Sunset Park section of Brooklyn. After the NYPD decamped in the 1970s, the building went into a steep decline.

Yosef Streicher has announced that his HS Realty Associates, which purchased the former precinct house and adjacent stables for $6 million last summer, is planning to restore the derelict Castle to its original glory – and build a structure on the site that will house condominium apartments.

“My plan is to do a commercial space, possibly a child-care facility, in the basement and first floor, then add 10 to 15 condos,” Streicher told Habitat. “We’re going to build above the stable and we’re aiming for a total of 40,000 square feet.”

Streicher’s first hurdle will be the Landmarks Preservation Commission, which gave landmark status to the exteriors of both buildings in the 1980s. In 2011 the commission fined the previous owner, the non-profit Brooklyn Chinese American Association, for “failure to maintain the building.”

Streicher expects cooperation from the commission. “We’re trying to bring value to the community,” he says.