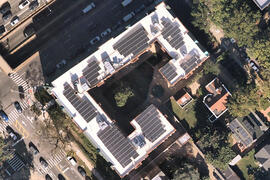 The Kindness of Strangers

With lone elevator out of service, neighbors come to the aid of stranded Queens seniors. 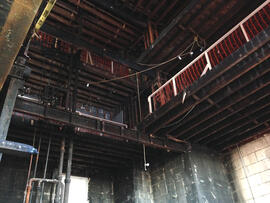 Written by Jason Carpenter on September 03, 2014

The November 2013 fire was devastating. It broke out just after 7 p.m. on the third floor of the Kew Gardens co-op and quickly spread to the fourth, fifth, and sixth floors, and to an area below the roof. By the time the four-alarm fire was declared under control at 9:15 p.m., the Queens Courier reported, eight of the 168 responding firefighters had been injured, and the building, a 135-unit co-op between Kew Gardens Road and Metropolitan Avenue in Queens, was a wreck.

Board president Rabindra Singh was shocked by the damage. "We had a fire here about four years prior to that, but this one was about two or three times larger," Singh says. "No one ever expects to deal with a disaster of this magnitude. Everyone had to play a role in the project, from me and the other six members of the board to the architect, the property manager, and even the shareholders." 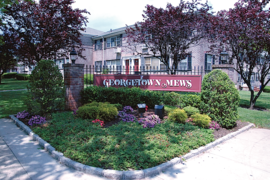 The Solarscaping of Georgetown Mews: A 32-Building Co-op Goes Green

The sprawling, 60-acre Georgetown Mews co-op in Kew Gardens, Queens, spans a full four-block lot and has six bus stops and 930 garden apartments. Because of its ample roof space, the co-op may soon be able to install a 1,026kW solar-power system spread out over 32 separate buildings. The system will produce more than 35 percent of all the electricity consumed by this middle-class community. The price tag: $3.5 million. However, a load of incentives and a credit from Con Edison will shave the price down to a modest $458,000.

The Light Switch: Board Members Talk CFLs, LEDs and Saving $$$

The 250-unit Normandy, located at 140 Riverside Drive on Manhattan's Upper West Side, recently phased out its old-style bulbs. For co-op board president Bennett Lincoff, convincing the other board members it was a good idea was easier than screwing in a light bulb. The fact is, according to energy experts and building managers, if you still have incandescent lighting in your building's public spaces, rather than compact fluorescent light bulbs (CFLs) or light-emitting diodes (LEDs), you're probably wasting money. 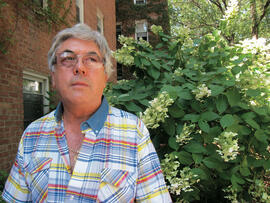 I was talking to attorney Mark Hankin, a partner at Hankin & Mazel, about "Papa Louie," one of Hankin's clients. I don't remember exactly how Louie got in touch with me — a lot comes across my desk every day — but the man intrigued me. Louie, in broken English, was pitching his life story to me, something along the lines of "My Autobiography: From Handyman to Board President."

Was he a self-promoting egoist? Or was he, as he claimed, a hard-working superintendent who graduated to the role of co-op board president? Curious, I called him up. 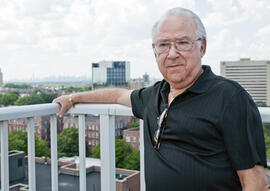 Mix'n'match Board Members' Skills: You've Got Experts All Around You!

Larry Weinstein has worked in a variety of fields, including electrical engineering, architecture and lighting design. A resident of the 422-unit Silver Towers cond-op in Kew Gardens, Queens, Weinstein was elected president of the board last summer. Even before that, he put his professional expertise to work, supervising a retrofit of some 500 common-area lighting fixtures. By reducing their wattage from 36 to 6, the building got a $25,000 rebate from Con Ed on top of $35,000 annual savings on electricity bills.