Ronda Kaysen in Board Operations on March 5, 2013

"Lido Beach turned out to be very lucky," says board president Gary Weiss, who was also president during the five-year-long restoration project. "We never realized that we had built a hurricane-proof building."

The property opened in 1929 as a beachfront resort called the Lido Beach Hotel (below). In its heyday, the Moorish-style property, with its iconic bubblegum pink façade, was a vacation spot for the rich and famous. Entertainers like Milton Berle and Robert Goulet performed in the ballroom. By the 1980s, it had converted to a condominium and was renamed.

But years of neglect wreaked havoc on the building's façade. Consequently, a decade ago, the board began its restoration of the building's roof, windows, balconies, doors, air conditioning sleeves and famous pink hue. At the time, residents were horrified by the ballooning price tag and stunned by how much the building had deteriorated over the years. They paid for the work through individual apartment assessments spread out over five years. Virtually nothing happened without a fight — even selecting a new shade of pink was controversial.

Once the work was done, however, residents were happy with their restored gem. Set on 13.5 acres, the Lido had its own private beach, a barbecue pit, five tennis courts, and glorious landscaping.

No one anticipated that all the work would also provide the building with a vital shield against the wind and water when a hurricane hit. As part of the restoration, the original stucco façade was covered with a synthetic replacement called Exterior Insulation and Finish System, or EIFS, which proved to be wind- and water-resistant. Although the façade is still undergoing laboratory testing, it appears that the only damage incurred was from flying objects that hurtled into the building during the storm.

"The façade performed remarkably well," says Jordan Ruzz, a consulting engineer who worked on the original restoration and is now helping with the recovery process.

The road to recovery for the Lido will be a long one. The losses include a number of hot-water heaters, water tanks and pumping systems; four elevators, their banks and all their controls; all of the electrical switching gear and metering centers; air-conditioning equipment for the common areas; communication equipment and telephone wiring; and all cosmetic finishes. 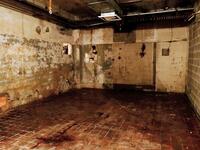 "I'm usually good with words, but this is something indescribable. This is uncharted territory," says Weiss. "It looked like a bombed-out war zone."

It took nearly three weeks to pump out the water and sand. Then the building had to be sanitized. The entire 40,000-square-foot first floor was stripped down to the studs. The board is still tallying up the losses and hashing out what damages will be covered by which of the three insurance policies — flood, wind and excess. Ultimately, some of the costs will be borne by residents, as some repairs, such as sand removal, landscaping and building a new fence, may not be covered by insurance.

Guarding Against the Future

The board is considering ways to rebuild that will protect the property against damage from future storms. But that is no easy feat for a seaside property, which needs protection from both seawater and groundwater. Moving critical equipment up from the ground floor means finding space to house it elsewhere, and that is not always possible. The elevator equipment, for example, is too heavy to be housed on the roof. Taking a larger step like building a sea wall would be enormously expensive and still not protect the property from rising groundwater.

Weiss hopes residents will be able to move back by June. For now, they are dispersed, staying with friends, in hotels, in rentals or in housing provided by the Federal Emergency Management Agency (FEMA). Weiss rented an apartment nearby. Despite not being able to live in their homes, residents are still required to pay maintenance fees, a fact that has caused tension.

"That is one of the difficult emotional areas — when people are asked to pay maintenance and they're not living there," says Weiss. "It's unfortunate for all of us, but the reality is the building still has its expenses."