> BOARD OPERATIONS > MOLD PROBLEM? OLD PROBLEM. AN ATTORNEY EXPLAINS WHAT'S NEW IN DEALING WITH IT

Mold Problem? Old Problem. An Attorney Explains What's New in Dealing with It

The board refused to reimburse her for the remediating efforts within her unit, on the grounds that it had not been negligent and that the owner was responsible for repairs or remediation inside her apartment. The board also refused to clean the outside mold because the association was undergoing a major repair project. Buildings were being repaired in sequence based upon the extent of the damage, and the association had no spare funds to perform work on her building out of order.

The owner sued the association for the costs of her renovation. She also claimed that the mold had caused her to suffer respiratory illnesses and sought damages for bodily injury. Additiionally, she sued the former and current management companies and the contractor. The condo board referred the claim to its liability insurance company, which provided a defense even though its policy contained a mold exclusion clause. It reserved its right to disclaim coverage, nonetheless.

Boards generally are not responsible

for dealing with mold within

apartments unless it was caused by

My firm, Hill Wallack, became involved as the condo association's defense counsel in the insurance company's lawsuit. We filed a counterclaim to compel the carrier to continue to provide insurance coverage, on the grounds it had failed to submit a proper reservation-of-rights letter and had delayed too long into the case to attempt to get out. We also began consulting with defense counsel regarding the mold claim.

All parties then agreed to mediation, through which the underlying case was settled. The insurance companies for the various defendants paid an amount to the unit-owner and the condo association agreed to remove a tree that was shading her building, and to clean the exterior of her building. In addition, the association's insurance company dismissed its declaratory judgment action and reimbursed the association almost all of its defense costs in that case.

COMMENT Contrary to the claims of some, the accepted science is that only some molds can cause allergic reactions, and they rarely can cause permanent personal injury, generally affecting only certain individuals who have particular types of diseases or who have eaten large quantities. In most cases, once the mold is removed, the allergic reaction disappears. Nevertheless, mold can smell and is unsightly, and it damages property. Thus, most judges and juries will insist that housing owners and managers eliminate mold when it does occur. 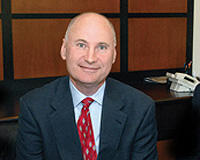 On the other hand, if the board is made aware of a leak and fails to take action to correct it, a unit-owner may have a viable claim that the association is responsible for any mold within the apartment caused by that leak.

Therefore, it behooves condo associations to properly investigate any owner's claim of leaks or mold, whether it be within common elements or within an apartment. That does not mean that the association has to eliminate the mold within a unit. However, if the board determines there is a leak from common elements, the association should promptly make repairs. If the board determines that the leak is caused by something within the unit itself, the board should advise the owner to remedy the problem to prevent the spread of mold within the unit or to other units.

If there is any doubt about responsibility, the association may perform repairs. But the owner must agree to reimburse the association if the source of the dampness is within the unit itself.

Prompt attention by the association can avoid potentially expensive claims, especially where the unit-owner is known to have a medical condition that may be exacerbated by the mold.

Ronald L. Perl is partner in charge at Hill Wallack.

From the November 2011 issue of Habitat magazine. For print-magazine articles back to 2002, join our Archive >>