HOW TO BAN SMOKING IN CO-OP

> HOW TO BAN SMOKING IN CO-OP

How to Ban Smoking in Co-op

Margaret Enloe doesn't remember when the complaints about secondhand smoke started — "Before I was on the board," at least a half-dozen years ago, she days — but she knows when they stopped: after the co-op board banned smoking at the 76-unit, prewar cooperative at 15 West 84th Street. How that co-op did it is an object lesson in implementing a potentially controversial measure.

To begin with, the board started with an advantage: It had always had a good relationship with its shareholders and had been transparent in its decision-making, even going so far as to distribute copies of the minutes for everyone to see.

When the secondhand smoke complaints increased, Enloe (above) says, the board examined options. Someone — possibly an agent from the building's management firm — suggested they try installing air purifiers. Fred Rudd, president of Rudd Realty, recalls utilizing purifiers at the 200-unit 215 East 80th Street in Manhattan, a building his firm manages.

"People were complaining about secondhand smoke [at 215]," he notes, "so we asked the tenant [who was smoking] to install two air purifiers with charcoal filters in his [two-bedroom] apartment. The building bought them and will pay to change the filters as necessary. The building is also paying for the electricity."

He reports that each device costs about $400, while the electric usage, if running constantly, comes to $75 per device annually. Rudd adds that the expense in such cases is minimal — and the results could be major. "You're not talking about a great deal of money — and you're dealing with someone else's health," he says, adding another plus: "Many, many people prefer to be in a building without smoke. Taking these actions help sales." 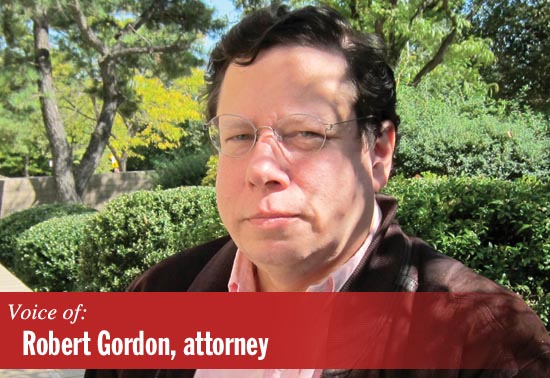 Back at 15 West 84th Street, Enloe felt that air purifiers — which in her building were paid for by the smoking shareholders — were not enough. The devices kept the air cleaner, but the smell and the smoke often lingered. The seven-member board discussed the possibility of banning cigarette smoking altogether, which led them to attorney Richard Klein, a sole practitioner who gave them the practical steps for doing it. They were told that, while they could pass the ban by a resolution in the house rules, in order to protect the ban from legal challenge, they needed to make a change in the proprietary lease. That meant they had to achieve a super-majority vote from the shareholders.

The board members approached the upcoming vote methodically. The co-op's attorney drafted the amendment, suggesting that they grandfather in the four existing smokers, exempting them from the ban for three years. At the end of that time period, the smokers would have to give up cigarettes — or their apartments.

Enloe says the limited grandfathering clause was inserted partly to make the smoking ban "more palatable" to (and thus gain votes from) a number of shareholders who had expressed concerns about banning an activity that was occurring in the privacy of someone's apartment (smoking has long been banned in the building's public areas — which include the area directly in front of the property).

Klein adds that the board thought that putting a ban in place — and still allowing a handful of people to smoke for an unlimited time — defeated the point of a smoke-free building. Three years, he notes, is a reasonable amount of time to give someone to quit the habit.

The board distributed the amendment to the owners and then held a pair of informational meetings with the shareholders, explaining what was happening and addressing any questions and/or concerns. The ban meant that new buyers or even guests of current owners could not smoke anywhere on the premises. Buyers had to sign a statement acknowledging that they knew it was a smoke-free property.

"They listened," recalls Faith Brenner, a manager from Rudd Realty who has handled the building for the last two years. "There were non-smokers who stood up for the rights of smokers," she says, while also noting, "It is a family building and people would say, 'There's smoke going into my child's bedroom.'"

Then, at a third meeting, the shareholders voted in favor of the ban. "The vote was quite a bit beyond what we needed to pass [the measure]," Enloe recalls, about 17,000 shares for and 3,000 against.

That was in February 2010. In the ensuing time, two of the smokers have quit and a third has turned to mechanical, smokeless cigarettes. A fourth, however, is hanging in there. The board will not comment, but the question remains: What happens if that last smoker would rather fight than switch?

There may be grounds for a battle, too, argues attorney Stuart Saft, a partner at Dewey & LeBoeuf, who was not involved with this building but has successfully implemented bans in other co-ops. His particular area of concern is the limited grandfathering measure.

Next page >> Can It Stand Up in Court?