Cut! Soho Condo Board Says No Show for J. Lo

A Condo That Will Send (Almost) Nothing to Landfills

When an Artist-in-Residence Is Not an Artist, Expect Trouble

Written by Richard Siegler and Dale J. Degenshein on May 23, 2017

Lawsuit erupts when a business suit replaces a painter’s smock in a Soho co-op.

Soho Condo Residents Cash In on Their Commercial Space 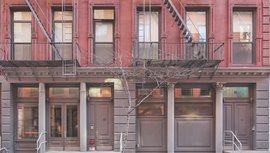 Soho Co-op Cashes In for $42 million

In a Soho that has changed for the worse, shareholders agree to sell.

Facelift for a Faded Soho Beauty

Restoration of the cast-iron facade reveals a gem's luster. 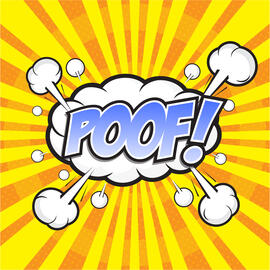 This time, a co-op’s shareholders decided to take the money and run. Two weeks after a Brooklyn Heights co-op turned down a developer’s $130 million offer to buy their commercial space and erect a 40-story condo tower, the residents of a co-op at 61-63 Crosby Street in Soho have sold their building for $42 million to L3 Capital, a Chicago-based investment firm that plans to turn the cast-iron jewel into an office building.

“The co-op owners decided to take some chips off the table and move out,” says Adelaide Polsinelli of Eastern Consolidated, who represented the buyer in the deal.

The 20,600-square-foot Crosby Street building, located between Spring and Broome Streets, was erected in 1876 and converted to a co-op in 1981, according to the Real Deal. It contained seven loft apartments and a ground-floor retail space most recently occupied by the clothier Carson Street. The building comes with 6,500 square feet of air rights.

Cutting Down on the Cost, Danger & Disruption from a Gas Leak

When an explosion in the East Village left two people dead and three buildings in ruins last year, New Yorkers got a grisly reminder just how serious - and deadly - gas leaks can be. So when a worker at the Ronald Feldman Fine Arts gallery in Soho smelled gas a few months after the East Village explosion, everyone went on high alert.

The fire department rushed to the elegant cast-iron building at 31-33 Mercer Street, a five-story, 12-unit co-op that's home to the Feldman gallery and an eclectic mix of artists, architects, writers and photographers - the kind of people who used to live in Soho before it became a sprawling shopping mall. The building's gas was immediately shut off. Crews from Con Ed and the city's Department of Buildings (DOB) arrived, beginning an ordeal that would spiral into a "nightmare," in the words of the co-op board's president.

But this nightmare inspired some creative financial thinking that got the building healthy - and safe - while saving the shareholders a pile of money.