The Short Life and Sudden Death of the $100 Million Condo

New York Times obituary makes it official: the ultra-luxury frenzy is over.

The Plaza and Trump Soho Did It. Now the Waldorf-Astoria May Be Doing It 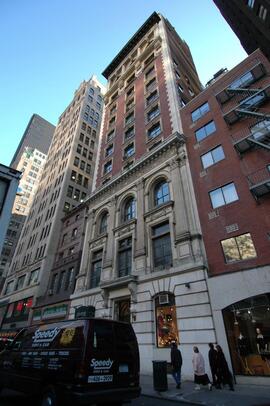 A Marvel of Engineering at Bryant Park

The co-op at the famed Engineers Club is drilling through the bedrock.

Breakfast at Nordstrom's, Anyone?

Billionaire’s Row – and the rest of the city – just got a bit more bland.

Kazakhstan investment in Flatotel may be part of a money laundering scheme.

The Sony Building will continue life as an ugly office tower. 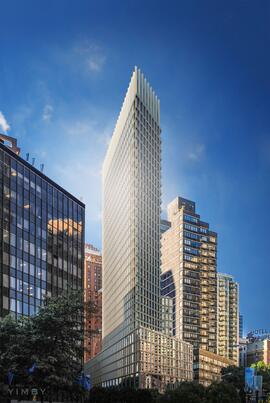 It's no secret that the world of New York City real estate is a complex one. It's kind of incredible that there's so much construction happening everywhere you look —considering that, oftentimes, plans can take a long time to finally come into fruition. Take the redevelopment of the American Bible Society at 1865 Broadway, for example. The concept that YIMBY featured in early 2014 fell through. But now it looks like things are starting to move forward again. YIMBY explains that "Skidmore Owings & Merrill has been tapped to design the project, and thanks to a tipster’s submission of diagrams for the project, [YIMBY was] able to create renderings that are a close approximation of what the building will ultimately look like." Check it out. Provided these latest plans don't fizzle out, when the tower is completed, there will be 26 condos for the taking, "all either two or three bedrooms besides a 4,000-square-foot four-bedroom unit on the penthouse level."

Would You Give Up Peace & Quiet for a Better Commute?

Take a walk in Midtown along Madison Avenue and what do you see? The sidewalk is very likely thick with people, including slow-moving, photo-snapping tourists, and commuters dashing in and out tall office buildings. And construction. Lots of it. Anywhere you turn there are construction crews and buildings rising that seem to jockey for position. Which brings us to the next question: what do you hear? Traffic. Lots of it: buses roaring up and down streets, cars and cabs honking horns, sirens screaming until your ears can't take it anymore. It's probably the last place you might imagine for a condo tower, but that's what's rising on Madison and 33rd Street. According to Tessler Developments, the 30-story luxury condo is in design development and once completed, in the second quarter of 2016, it will consist of 69 units. "Aware that residents of lower floors might have objected to passersby being able to peer into their homes," reported The New York Times late last week, "the developer made the building’s base tall, so that the first residential floor doesn’t start until about 40 feet in the air, versus 15 feet in comparable buildings." You may ask yourself who in the world would want to live in such a congested part of the city, and — like The Times — you may think the notion of location is no longer important to those snapping up luxury units like candy, but what wouldn't some of us give to be able to roll out of bed and enjoy an easy, short-ish commute to the office every morning?