He set up a phone and a desk at the site, and Garthchester Realty was born. He had his hands full. "Instead of fixing or repairing the roof, the policy had been to put a lot of tar over things," he notes. Everything had to be redone in thr 1928-vintage building, from the heating plant and the roof to the façade and the plumbing, with practically no money on hand to repair it. "At the time the building converted in 1976, the attorney general didn't require adequate reserve funds," he says.

Perhaps if he had known the enormity of his task, Bonito might have taken a pass (as his former boss at a rental management firm did, saying to the young manager that "he hated co-ops," presumably because they had so many bosses). But he was blissful in his ignorance, learning about the idiosyncrasies of co-op management through on-the-job training. 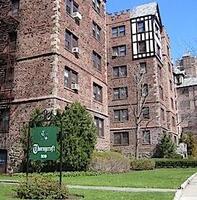 "If you were going for a degree in property management, that building would have been perfect as your work project. It had everything, from physical problems to financial issues," notes Bonito, who was joined by a partner, Jay Mendel, in 1983.

"We created a stamp that went on invoices that said, 'Long Past Due,'" he recalls with a laugh. "We couldn't pay our bills, so we would stretch them out and tried to get so we didn't have to assess everybody, while assuring the vendors that we would make payments as soon as possible. At the same time, our company was in a growing stage. We eventually paid every bill."

In 2013, Bonito reduced his involvement in the management of the property and turned over the day-to-day management to the building's former superintendent. The seven-member board, many of whose members had worked with him for a decade or more, reports that the veteran manager has made his mark on 209 Garth Road.

"He brought in expertise and experience from his other properties that helped immensely," says Barbara Bindler, who has been on and off the board for the past 10 years and currently sits as a member at large. "He gave us the big-picture view. He was good at that."