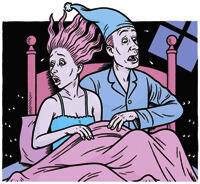 June 1, 2011 — If you're nervous about bedbugs, you should be. Throughout New York City, in cooperatives and condominiums, in rentals and commercial structures, the bedbug invasion continues. And if you're on you're condo or co-op board, you cannot ignore complaints about the bugs — especially with the presence of websites that can out you. And with the city's new rules regarding bedbugs (also spelled "bed bugs," in case you're Googling) you could find yourself crawling with fines if you don't know what to do.

In 2009, the New York City Department of Housing Preservation and Development (HPD) received 13,152 bug infestation complaints, and HPD reports that from 2008 to 2009, bedbug complaints in New York City increased by almost 800 percent.

But the city government is striking back with a new information campaign and penalties for those who don't deal with the problem. In March came new guidelines for dealing with the insects. There is also a 10-month-old "Bed Bug Disclosure" law, which some say is overkill and could have adverse effects on co-ops.

First, the rules. The city now requires owners and managers of properties where bedbug infestations have been identified to inspect and treat units on either side of and above and below the bed-bug-infested unit. You need to use a licensed pest-control professional to treat the infestation, and employ a variety of treatment strategies rather than depending on chemical pesticides alone.

Where bedbugs persist, or occur in multiple apartments in the same building, the city's Health Dept. will require owners to take several additional pest removal steps (i.e., notify residents that bedbugs have been identified in the building, and develop and distribute a building-wide pest-management plan to all residents).

The stigma associated with

bedbugs was gone. Your

place could be pristine

and they still could come.

There are penalties for non-compliance. Building owners who are repeat offenders must have a licensed exterminator complete an Affidavit of Correction of Pest Infestation. Owners who fail to provide this will be issued a violation and be required to appear at a hearing before the city's Environmental Control Board, where fines may be issued, and non-compliant owners may end up with liens on their buildings, which was not possible before.

Many managers say that the new push for penalties by the city is welcome but unnecessary for most co-ops and condos, which, by and large, have been coping with the bedbug problems as they come up.

"It is rental landlords who drag their feet and need penalties by the city to force them to work," says Steve Greenbaum, director of management at Mark Greenberg Real Estate. "When we hear of a bedbug infestation, we take action."

Penn is Mightier than the Bug

That was the case at Manhattan's 2,820-unit Penn South co-op, a property with its own on-site management team. In 2008, bedbugs were discovered in an apartment there. The board and management acted swiftly, recalls Brendan Keany, the property's general manager, cleaning the apartment and subsequently developing a program that anticipated the one currently required by city law.

Essentially, that program finds management working closely with the shareholder in the affected apartment, helping him get his clothing and bedding assembled and cleaned, and then will work with the neighboring apartments above, below, and on either side. 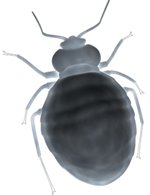 "If it is a really bad infestation we might treat the entire floor of apartments and the floor above and below," Keany explains, noting that they do a minimum of three treatments and a maximum of seven. Management also does preventive work in unaffected apartments.

"We recognized early on that we had to bite the bullet on this one," explains Keany. "We're a community and we have to deal with this. That's a problem we can't afford not to address. If we didn't, it could become an epidemic."

A side benefit of the co-op's aggressive approach (which also included distributing information about bedbugs and having Louis Sorkin, an entomologist from the American Museum of Natural History, spend almost a full day training the staff and two board members on the insects) was that residents became more willing to report bedbugs in their apartments.

"The stigma associated with the bedbugs was gone," Keany notes. "We told people that bedbugs don't discriminate. Your place could be pristine and they still could come. They are not feeding off dirt; they are feeding off the blood of individuals."

Keany's thoughts are echoed in the city's education campaign, which includes the  website Bed Bugs: Information, Resources, and Management. Although some managers say it does not have enough information, the site does seem to offer a great deal of useful advice, as well as web links and other data on safely eliminating them from the home.