The Anita Terrace co-op in Rego Park, Queens, hadn't had a lot of luck in its first couple decades since converting from a rental in 1991. A three-building, 14-story complex, completed circa 1952, it found itself by the late 1990s deteriorating and in bad financial shape. In 2003, it went into bankruptcy. The following year its management was taken over by the Pinnacle Group, a real-estate concern that made headlines in 2006 when forced to refund $1 million in rent overcharges to rent-stabilized tenants elsewhere, and in 2011 when it settled with tenants in a class-action harassment suit. How nice.

The concrete on the cake, however, may have been in 2000, when the Department of Buildings condemned the co-op's multi-level parking garage. And here begins our tale.

After Pinnacle took over the 560-unit Anita Terrace, at 99-05/40/60 63rd Road, it quickly sought bidders to renovate the complex, including the long-closed garage. For the latter job, it hired Goldstein Associates Consulting Engineers to prepare specifications and organize the bid process. The job would include replacement of 20 to 30 percent of the structural concrete slab, or "substrate," on the rooftop parking deck; applying a waterproofing system on the rooftop; and then installing the top slab on the concrete. Goldstein specified the Procor waterproofing membrane made by Grace Construction Products.

R & L Construction came in with the lowest bid, at $1.85 million. Goldstein wrote up a contract incorporating the bid specs, and specifically identifying the Grace waterproofing system. Unfortunately, the contract didn't provide any detailed specs and protocols for it that system, though the contract gave 22 pages of such specs for a different waterproofing system to be used on the lower level. 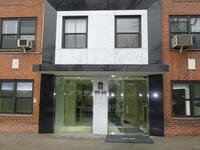 The contract also required that the contractor be an "approved applicator" for the waterproofing system, and that the contractor submit documentation from the membrane manufacturer verifying this was so. R & L was not an approved applicator of the Grace system — and to its credit, R & L never claimed it was. Notwithstanding this fact, Anita Terrace approved R & L to do the demolition and repair of the garage's structural elements of the garage and the waterproofing of the parking decks, which commenced in fall 2004 and continued into 2005.

One teensy, weensy detail apparently escape everyone's notice: No written contract was ever entered into between Goldstein and Anita Terrace. By the time this got to court in Anita Terrace Owners, Inc. v Goldstein Assoc. Consulting Engineers, Goldstein essentially conceded that an oral contract existed, but argued over the extent of the firm's obligations. (Interestingly, the judge's ruling never even mentions the co-op board and what role, if any, it played.)

The Persistence of Membrane

Goldstein's senior engineer for the project, Jason Johnson, testified that for the indoor middle parking deck he selected a waterproofing membrane made by long-established, German multinational corporation Kemper System. After the specs were prepared, but before the bid invitations went out, Johnson decide to include a separate waterproofing system for the roof deck, since it was exposed to the sun and had other requirements that rendered the Kemper membrane inappropriate for that area. Another engineer at the firm recommended Grace Procor. Johnson had never been involved with a project using that, so he called Grace to confirm it was appropriate here, included "Grace at Roof Slab" in the bid invitation. He neglected, however, to include the Procor manufacturer guide in the specs, as was done for the Kemper membrane.

Joel Wiener, a Pinnacle manager, testified his company told Goldstein that the waterproofing work must have a manufacturer's warranty, and the bid invitation specified a 10-year warranty. Grace, however, offered a standard five-year warranty — and only for applications made by Grace-approved and certified contractors. To get certified, a contractor has to undergo a three-day training seminar at Grace's facilities in Cambridge, Mass. There were a number of such contractors in the New York metropolitan area. R & L just wasn't one of them.

Grace had a representative onsite to supervise R & L's work and certify that the Procor membrane was being applied properly — even though R & L wasn't a certified contractor. That was odd enough, but then after the work was done, R & L never performed a standard "flood test," in which a parking deck is flooded with several inches of water left standing for hours or days to ensure the integrity of the waterproofing membrane. And neither Grace nor Goldstein even told R & L that Grace's specs required a flood test.

R & L proceeded to pour the concrete traffic surface without anyone first determining whether the membrane was properly applied and leak-free. All this time, Goldstein was  signing-off on the stages of payment, certifying to Anita Terrace that the work had been completed properly.

You can probably guess what happened: The underside of the roof deck started leaking. Over the course of several months, beginning in May 2005, a series of investigations, patchwork fixes and finger-pointing began. And when a flood test was conducted that September … well, there was flooding.