HOW TO REPLACE ELEVATOR

> HOW TO REPLACE ELEVATOR

How to Replace Elevator 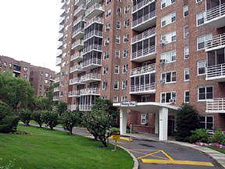 Nov. 12, 2010 — Rhea Dornbush became president of the seven-member co-op board of Parkway House, 16-story building in the Riverdale section of The Bronx, shortly after she moved there in 1982. Since then, she has overseen major capital improvements including a roof replacement, extensive Local Law 11 work and replacement of one of the two boilers.  And that prepared her for the battle to modernize the elevators — a complex, costly and, for many co-ops and condos, explosively divisive project. Here are the ups and downs of how she succeeded.

The first step is simply to establish that it needs to be done. In the case of Parkway House's three elevators, there wasn't much room for debate.

"We had a lot of breakdowns," says Dornbush, noting that the original 1955 elevators were replaced with mechanical Otis elevators in 1968 — and hadn't been replaced in over four decades. "Parts were also becoming more difficult to find, and the repairmen who know mechanical elevators were retiring. There was no question that now was the time to do it."

Even so, some shareholders questioned the need for the job — which is to be expected in a building with 208 units and a number of shareholders living on fixed incomes.

"But there was no resistance from the other shareholders," Dornbush notes, "maybe because we let people know what's going on and what we're doing" at its annual meeting every May and at an open shareholder meeting every January.  At one such meeting, Dornbush says, "We explained that after 40 years the elevators had outlived their life expectancy.  Once they heard that, the people who objected said, 'No problem.'"

Choosing How to Finance It

The next challenge was how to pay for the job.  The board had refinanced its underlying mortgage in 2006 to pay for Local Law 11 work, lower its  interest rate and establish a $500,000 credit line, so another refinance was out.  Since the board had already levied a 12-month assessment to finance the roof replacement, the co-op board was inclined to extend it another 15 months to pay for both a boiler replacement and elevator modernization, which wound up costing $135,000 and $385,000 respectively.

Since elevators have a life span

of roughly 30 years, any loan should

have at maximum a 30-year amortization.

"Increasing monthly maintenance didn't seem like a good idea," Dornbush says.  "Capital improvements are a one-shot challenge while maintenance is forever.  We wanted to make sure we had at least $600,000 in our reserve fund, so extending the assessment was clearly the way to go for these jobs."

Accounting for Your Elevator

Most co-op lenders require you to keep a reserve fund equal to at least 10 percent of the annual operating budget.  Richard Montanye, a CPA with Marin & Montanye, advises boards to keep more than that in reserve and, even more importantly, to have a stream of income that constantly replenishes the reserve.  Some common revenue streams are a flip tax, sublet fees and storage fees. Some co-op boards' budgets have a line item that imposes an assessment when the reserve falls below a certain level.

Arline Kob of Key Real Estate manages a building that also wanted to modernize its three elevators through an assessment — but raised the money before work was begun.

"Five years ago we had an elevator consultant inspect the elevators," Kob recalls, "and he said we would need to modernize in four or five years.  So the board put in a six-year assessment, running from 2005 to 2011.  We're going to start the preliminary work in early 2011, and we have the money in hand."

Since interest on a loan is tax-deductible, some co-op and condo boards feel the building should maintain affordable debt, she notes.  "Other co-ops take a more conservative approach, making sure the term of the loan matches the projected life of the improvement to the building.  Since elevators have a life span of roughly 30 years, any loan – a mortgage refinance, a second mortgage, an unsecured loan, a line of credit – should have at maximum a 30-year amortization.  If you continue to have debt after the elevator wears out, you wind up double-paying."

Next page: Consultant and Contractor >>