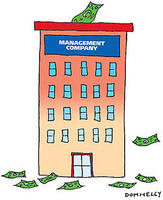 July 22, 2009 — Pamela DeLorme couldn't believe it. A principal in Delkap Management, she was being interviewed by the board of a 48-unit cooperative in Nassau County when a board member asked, "What would you do if your managing agent didn't give you financial statements for a year-and-a-half?" one board member asked.

"If I were your manager, it wouldn't take me a year-and-a-half to get you your financial statements," she replied. The board then showed her the bank statements they had only just obtained, and the monthly reports prepared by the managing company — she and immediately noticed they did not correspond. The co-op was apparently missing about $350,000.

"We had been getting spreadsheets prepared by the agent," the president of the co-op says now. "We finally asked for the actual bank statements, and it took three or four months to get them — and then we only got ten statements, which were badly copied and unclear to read. Then we found we couldn't access the accounts unless we went through the management firm."

There had been a red flags, recalls the president: "They hadn't paid our real estate taxes for a year. They said it was a clerical error and that they'd pay all the late charges."

According to the president and to Delkap's DeLorme, the financial reports didn't show monthly collections, but merely how much money the co-op had at the end of the month. At her interview, DeLorme asked to see the co-op's canceled checks. She found they were endorsed not by the management firm as agent for this particular co-op, but simply by the management firm — which was unusual.

The manager is taking your money

"That indicates the manager is taking your money and putting it in another account," DeLorme told them. In other words, the company appeared to be commingling funds — i.e., taking all the money from a portfolio of buildings and placing it in one account.

The cooperative dismissed the firm, hired Delkap and also brought in a new accountant, Richard Montanye, a principal at Marin & Montanye, to look at its finances, and attorney Michael Cohen, a partner at Cohen & Warren, to take legal action against the company, Charter Management Realty Corp. of New Hyde Park, on Long Island. The case wound up in court, and last summer, the judge ordered Charter to pay $353,000 — which it did, although Charter principal Michael Richter insists he did nothing wrong.

"We do not commingle funds," he says. "I have no comment about the way I run the finances at my buildings." Nonetheless, two different accounting firms are now finding financial irregularities at two other Charter properties. Both look like commingling operations, say the CPAs examining the cases.

Although it was fairly common at one time, commingling is now a dirty word in the management business. Some say that it was always an anomaly in the co-op/condo world, a holdover from rental days when, for simplicity's sake, one owner would combine the many different accounts into a single large one. This practice was carried over by sponsors and management firms when many buildings converted to co-ops in the late 1970s and early '80s.

Stark adds there was a financial incentive, too: Banks were offering a program called "compensating balances," which meant the larger the amount the manager had at the bank, the greater the rewards.

"At some point," says Stark, "they could have millions of dollars in the account, and the bank might then reward them by giving two percent back or waiving certain fees. Technically, the account belonged to the manager; it didn't belong to the co-op, so the manager would get the benefit."