Being on your co-op or condo board carries a lot of responsibility, liability, and, let's face it, headaches.

On Legal Talk, you'll meet New York's leading co-op and condo attorneys, who will offer advice and guidance for some of the peskiest problems facing boards today.

May 2, 2012 — New year, new podcast series! On today's episode, a co-op board grapples with an unauthorized dog owner who is undeterred by fines, and our attorney panel discusses the complexities of enforcing a no-pets rule in a co-op or condo, and the various ways pet owners try to get around those rules.

What's the process for taking the resident to court? When does the board forfeit its right to enforce the rule? What if the owner produces a doctor's note saying the dog is a medical necessity? What if there are competing complaints from shareholders? These questions and more will be answered by our expert panel, which includes Dale Degenshein of Stroock & Stroock & Lavan and solo practitioner Arthur Weinstein.

What Not to E-mail with Fred Dobro

Fred Dobro, a board president in Brooklyn, wonders what kind of e-mail discussion is okay, and what’s not – in this week's podcast.

Twice a month, we invite a New York co-op or condo board director to ask a legal question, and we host a panel of attorneys who address it. This episode, our panel includes:
Marc Luxemburg, Gallet Dreyer & Berkey (formerly of Snow Becker Krauss)
Matthew J. Leeds, Ganfer & Shore

A note to our listeners: the Habitat podcast will be going on hiatus after this episode.

William Clarke, president of a 111-unit condo in Brooklyn, asks if the condo association can review the bulk sales contract made between the original sponsor and two successor sponsors so they can determine what is owed them – in this week's podcast.

Twice a month, we invite a New York co-op or condo board director to ask a legal question, and we host a panel of attorneys who address it. This episode, our panel includes:
James W. Glatthaar, Bleakley Platt & Schmidt
Bruce A. Cholst, Rosen Livingston & Cholst
Richard Klein, Law Offices of Richard Klein

When a Board Overthrow Fails

May 16, 2012 — On today’s episode, co-op shareholders rise up against their board and try to have three members removed. But the effort fails, and the victorious board members then vote to have the co-op reimburse them for all the legal fees they racked up while fending off the challenge. Our question, from a fellow member of that co-op’s board, is simple: can they do that?

May 30, 2012 — On today’s episode, our attorney panel investigates an innovative attempt at creating a new stream of income for a co-op: charging shareholders a fee if they want to bring in roommates. Our questioner, Harlem co-op board vice president Gerry Magpily, is weighing this option in his building and comes to Habitat’s podcast to ask if such a fee would be legal.

Well, it turns out that the answer to the question of whether a board can charge shareholders for having roommates depends on whether the shareholder is allowed to have a roommate in the first place – but not in the way you might think. To sort out this deceptively complex matter, our attorneys wade into the surprisingly murky issue of what a roommate actually is in the eyes of the law, when a roommate becomes a subtenant (or even something else entirely), and the similarities between having a roommate and getting away with murder. On the panel this week are Marcie Waterman Murray of Tane Waterman & Wurtzel and Joel Miller of Miller & Miller.

A Question of Harassment

June 13, 2012 — On today’s episode, sexual harassment rears its ugly head – not among a building’s employees but within the board itself. Our attorney panel hears from a Queens co-op board member who complains of a fellow director who has been harassing her in person and through e-mail. But although she’s informed the full board of her problems with this man’s behavior – and the members have even been CC’ed on a few of the offending missives – they’ve declined to take any action. Where can she turn?

A sexual harassment situation can prove to be just as tricky, if not more so, on a co-op board as in the workplace. There’s really no boss or higher authority with whom an appeal can be lodged, but as our attorney panel points out, a dysfunctional board that fails to resolve a serious problem between two of its members – whether or not it rises to the level of harassment – may not be upholding its fiduciary duties to the corporation and its shareholders. We investigate this questioner’s options to avoid court while trying to resolve the harassment problem internally or with a corporate or personal attorney. On the panel this week are Mitchell A. Dix of Mitchell A. Dix & Associates and Lewis Montana of Levine & Montana. 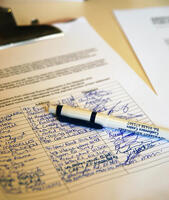 June 27, 2012 — A condominium conundrum: what do you do with a condo board that is breaking all the rules – including the one that lets the unit-owners boot the bums out? On today’s episode, our attorney panel takes a question from a Queens unit-owner who is at her wit’s end with a board apparently running amok. She complains that the members are violating the rules left and right, and that when the unit-owners came together to file a petition calling for a recall election, the board simply rejected the petition. What rights do the aggrieved owners have?

As with co-op shareholders, dissatisfied condo unit-owners have the right to petition their board for a special meeting to conduct a recall election. If the petition is valid – correct wording, sufficient number of signatories, etc. – the board is legally bound to honor it. Our attorney panel shows you where to find the proper petitioning procedure, delves into what is required to recall board members, and explains what to do when the board ignores a recall petition. On the panel this week: Pierre Debbas of Romer Debbas and Ari Weiss of Fensterstock Law.

Your co-op board has the right to keep certain records in confidence – even from its fellow board members. But what if you aren’t confident that the board was duly elected in the first place? In this episode, Habitat’s attorney panel breaks down a complicated question from a New York co-op board member about who wins out in a battle between confidentiality and confidence – and how any prior board decisions are affected when an election is overturned.
The podcast identifies all-too-common mistakes that boards make when certifying elections – and what you need to know to cope with the confidentiality/confidence dilemma. On this week’s panel: Marc Landis of Phillips Nizer and Dean Roberts of Norris McLaughlin & Marcus. Music for this episode by Broke for Free.

Home Away From Home

July 25, 2012 — Can an apartment be your primary residence, even if you haven’t lived there for two years? That’s the question Patricia Ingao, a board vice president at a Brooklyn co-op, is asking in this episode. Her board is grappling with a complicated and touchy situation involving an elderly rent-stabilized tenant in a nursing home, the son who’s been paying her rent, and the the tax break the co-op has been receiving in exchange for keeping her rent low.

Unfortunately, according to our attorney panel, case law on these matters is anything but clear cut. The panel covers the intersecting questions of how the co-op’s property taxes may be affected, how to determine whether the tenant will ever really return to the apartment, whether the tenant’s rights may be passed along to her son, and how to balance the desire to be a good neighbor with the co-op’s financial realities. On the panel this week: Phyllis Weisberg of Montgomery McCracken Kurzman Karelsen and Kenneth Jacobs of Smith, Buss & Jacobs. Music for this episode by Jahzaar, from freemusicarchive.org. 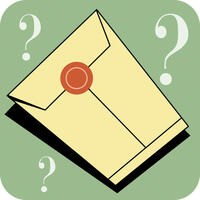 Aug. 8, 2012 — When a co-op’s shareholders want access to the corporation’s financial records, are the documents an open book – or are they a secret diary? And what if the shareholder is a former board member? That’s the question posed to our attorney panel in today’s episode. It’s a must-listen for both board watchdogs and the boards they watch.

It’s a seemingly simple question that raises a surprising number of issues. How much information do shareholders have the right to, and how much transparency is in the best interest of the corporation? And there are rules about what documents the board has to release, but are there rules about what information those documents have to contain? It’s a tricky subject with a lot of gray areas, and our panelists break it all down. On the panel this week: Eric Goidel of Borah, Goldstein, Altschuler, Nahins & Goidel and Howard Schechter of Schechter & Brucker. (Illustration by J.D. King.)