With the statute of limitations running out, boards sue developer.

Bill would fine people who cook up alphabet-soup neighborhood names.

A Harlem condo board creates a handbook to help first-time buyers embrace homeownership.

A Renaissance in Harlem

Refund of inflated tax payments leads to a co-op’s rebirth.

Another Dirty Deed, Not Lifted Cheap 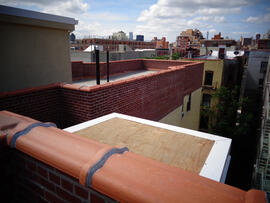 An Unpleasant Surprise on a Harlem Roof

A co-op board had to overcome the fallout from a shoddy gut renovation. 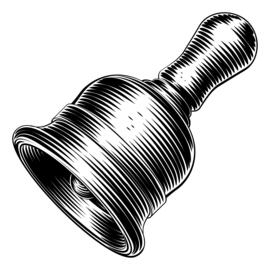 The General Assembly's Committee on Housing is holding a public hearing on co-ops and affordable housing. Citizens can offer up to 10 minutes of personal testimony at the hearing, which will be held on Fri., Feb. 19 from 4 to 8 p.m. at the State Office Building (8th Floor), 163 W. 125th St. in Harlem.

The hearing will focus on three problem areas: co-op boards that disenfranchise shareholders; reserve funds that are dangerously low; and the high-dollar sale of co-ops that were intended as affordable housing.

If you wish to speak at the hearing, you can register by filling out this PDF.

Frederick Douglass Is About To Get a Lot of Company

Last week it was a public library in Brooklyn Heights and a chunk of a seminary’s campus in Morningside Heights. This week it’s a gas station in Harlem that’s being erased to make way for yet another luxury condo development.

Now rising above the statue of the famed abolitionist on Frederick Douglass Circle, at the northwest corner of Central Park, is Circa Central Park, a 12-story, 48-unit condo building. Positioned at the gateway to Harlem, its 1-bedroom apartments will start selling for about $1 million. Residents will have access to remote-controlled model boats for sailing on nearby Harlem Meer, and skateboards and bicycles will be included in the common charges. Ten of the 48 apartments will be set aside as affordable housing, to be sold through a lottery.

“The building is the conclusion of the story of trying to make the circle whole,” Anne Simmons, secretary of the Friends of Frederick Douglass Circle advocacy group, told The New York Times. While this retired public school art teacher is worried that the $1 million starting price will be steep for most residents of nearby Harlem and Manhattan Valley, she added, “For the neighborhood, this is a beginning.”