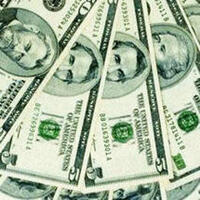 Sept. 13, 2011; updated Sept. 16, 2011 — Last week in Part 1 we began Habitat's in-depth report on cheap, effective ways for condo boards to collect arrears and get deadbeat owners to pay what they owe on common charges — because otherwise, you and other condominium owners have to pay for them to make up the difference. We talked about payment plans, handling legitimate hardship cases and how boards have a secret weapon: Small Claims Court.

But if you still have those inevitable hardcore types who always have some excuse not to pay their fair share, your board can still wear them down at no cost. It all comes down to: There's no constitutional right to have doormen accept your dry cleaning, or to send up food deliveries. There's no right to use the pool, gym or community room if you refuse to pay. This week, we learn how to cut off amenities — legally and ethically — and what the courts think about making public the names of owners in arrears, who make you, you and you shoulder their burdens. Here's what to do....

Step one: Get medieval on their assets. That's what the condo board did earlier this year at the six-story 95 Greene Street in Manhattan's tony Soho neighborhood, doing the equivalent of village-square public shaming with two alleged deadbeats: celebrated photographer and TV-commercial director Ken Nahoum and his supermodel wife, Basia Milewicz Nahoum, the owners of four multimillion-dollar penthouses there. According to the board's lawsuit, the couple owes $40,000 in arrears and late fees — and since their property comprises about a fifth of the building's interest, that's meant increased monthly common charges for everyone else.

Not surprisingly, those other owners voted on February 17 to change the bylaws to:

The board also removed Nahoum's name from the intercom and installed in the lobby a framed photo of Nahoum and Milewicz with a headline asking why they weren't paying their common charges. Nahoum countersued the board on June 17, but the court essentially sided with the condo board in July (when Nahoum was arrested: See Habitat exclusive here).

What Other Boards Have Done

Elsewhere, boards have prohibited the use of such amenities as gyms, pools, and clubhouses for delinquent owners. And while receiving U.S. mail is a federal right, that doesn't mean doormen have to accept dry cleaning, food deliveries, or messenger or other private delivery services, such as UPS.

We've posted in the lobby the names of

much better than the building not being

able to pay our sanitation and utility bills.

"Read the bylaws to see if you can prevent them from using the amenities," says veteran real estate attorney and author Adam Leitman Bailey. "If that's permissible, it's a great idea. We've posted the names of those in debt on [one building lobby's] bulletin board," he says. "That was extremely aggressive and in bad taste, but it worked within months. I like public embarrassment much better than not being able to pay my sanitation and utility bills." He doesn't believe limiting elevator access is legal, however. "You can't make it harder for them to get to their apartment."

Dan Wurtzel, president of Cooper Square Realty, agrees. "You can't say they have to use the service entrance," he says. "We were going to stop a delinquent owner from going through the EZ Pass lane and make them go through the gate house every time," he says, "and our lawyer said to forget about it, that it will really piss the judge off" in the ongoing foreclosure case. "Use common sense. And don't make it personal, since you have to live with these people. Let management handle enforcing the rules."

Incidentally, the federal Fair Debt Collection Practices Act regulates only what actions a debt collector can take — it specifically makes an exception for creditors such as condo boards: "The term ‘debt collector' … does not include any officer or employee of a creditor while, in the name of the creditor, collecting debts for such creditor…." So don't harass, but feel free to be assertive.

Veteran attorney James Samson, a partner at Samson Fink & Dubow, urges caution, however, noting that while condo associations may be creditors, he knows of no case law that specifies any particular person that would embody the creditor role. The condo board's managing agent and the board attorney would not, he notes. He also expresses concern that posting an inaccurate dollar-figure owed may have legal repercussions. As well, he feels, "Publicizing anybody's arrears is a violation of any rational privacy policy."

One other creative possibility is using a Deed in Lieu of Foreclosure. This is a document the board asks a seriously delinquent owner to sign, in which the board agrees to a payment plan and the debtor agrees to assign the apartment deed to the condominium association. Should the owner pay off the arrears, the DILF is nullified. Should the owner not, he or she loses the apartment.

Next page: The limitations of DILF; using an expediter >>

On Sept. 16, 2011, the article was updated to include comments by attorney James Samson.