WHEN SPONSORS REFUSE TO SELL APARTMENTS

> WHEN SPONSORS REFUSE TO SELL APARTMENTS

When Sponsors Refuse to Sell Apartments

In a 63-unit building near Prospect Park, the sponsor controlled 53 percent of the shares and would not sell any more apartments. Instead, he contracted with charities to house homeless people in his unsold units — which he used co-op funds to renovate. When a shareholder appointed by the sponsor abruptly resigned from the board, the reconfigured body took the opportunity to void the building's contract with its managing agent, an affiliate of the sponsor. But the sponsor quickly nominated a new tenant-shareholder whom no one had ever seen but who could prove he was an owner. He was elected over the objections of the other resident-shareholders, and the sponsor again held a majority. At the next meeting, the new board passed a resolution canceling the agent's firing and other decisions by the old board.

A horror story from the sponsor-control days of the 1980s? Guess again. This happened recently — and even after the famous 2002 court decision in 511 West 232 Street Owners Corp. v. Jennifer Realty Corp. , which was supposed to have forced intransigent sponsors to relinquish control within a reasonable period of time in order to create a viable cooperative. In dozens of buildings, mainly in Brooklyn and The Bronx, tenant-shareholders cite enough cases of abusive sponsors that New York State Assembly members Helene E. Weinstein and James F. Brennan secured funding for State Attorney General Andrew Cuomo to beef up his enforcement staff.

Sponsors get a co-op up and running. Once tenant-shareholder management is in place, they're supposed to consolidate their profits and leave. But some sponsors believe their role has no expiration date. Instead, they have a new business model: managing permanent rental operations, with or without the consent of the tenant-shareholders — who had bought into a corporation designed and legally contracted to be run by tenant-shareholders.

This is because some sponsors can make more money by renting units than selling them, explains co-op attorney Arthur I. Weinstein, a founder and the vice president of the Council of New York Cooperatives & Condominiums.

"The sponsor deducts the maintenance and the operating costs from the rental income received from each apartment and determines an annual net profit for each unit," he says. "When the annual net profit from renting exceeds the anticipated annual income to be produced from the net proceeds of the possible sale of the unit, the sponsor has no incentive to sell." Other factors, he adds, include " anticipation of future [sales] price increases, and the need to fund shortfalls between maintenance and rental from rent-regulated units."

Battle of the Boards

Paul Stovel was elected to a board at 2215-75 Cruger Avenue in The Bronx (above; click to enlarge image). Purchasing his co-op apartment in 1988, Stovel found that the sponsor not only controlled the managing agent but used friendly purchasers to buy units so that he could control more than 50 percent of the shares.

According to a State Supreme Court complaint filed by Stovel and other shareholders, the sponsor — Daejan New York Limited, headed by Labe Twerski and represented at meetings by Joshua Frankel, with whom he shares offices at 40 Exchange Place in Manhattan — controls a majority of the co-op's shares and rents but does not sell — sometimes even buying back co-op apartments from residents, and turning them into rental units. 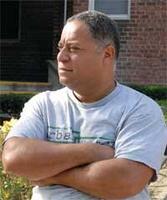 Stovel (at right) and others called a meeting in early 2007 and elected a slate of directors that Daejan refused to recognize. In June 2007, Frankel, representing Daejan, sent a letter to the tenant-shareholders stating that they had no legal authority to hold a meeting on their own because Daejan holds 59.4 percent of the stock of the cooperative and a quorum is set at 50 percent of the shares. Any action taken at such a meeting, Frankel wrote, "may result in personal liability to those individuals who have directed the taking of any [such] action."

Soon afterward, the Stovel group filed two actions in Bronx Supreme Court against Daejan. In the first, its members argued that they were duly elected and that the Daejan board is actually the invalid one. Stovel says that Daejan tried to disrupt the election that Stovel's board had called, stationing the building superintendent outside the meeting room to tell tenants that there was no meeting.