TIPS ON BUYING A NYC APARTMENT

> TIPS ON BUYING A NYC APARTMENT 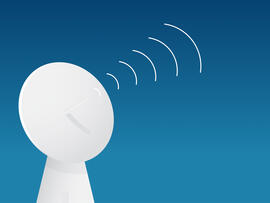 Can I Put a Satellite Dish on My Balcony?

Written by Jay Silverberg on September 03, 2015

I want to put a satellite dish on my balcony. It's unobtrusive, but will it be a problem?

Although many buildings take issue with the installation of satellite dishes, the fact is the Federal Communications Commission adopted the Over-the-Air-Reception Device rules (commonly known as OTARD), which protect a property owner's or tenant's right to "install, maintain, or use an antenna to receive video programming from direct broadcast satellites, broadband radio services, and television broadcast stations." The dish must conform to size standards and must be installed on property that the resident owns or of which he or she has "exclusive use or control." Accordingly, we would encourage a co-op or condo board to comply with these rules and grant permission within its guidelines. 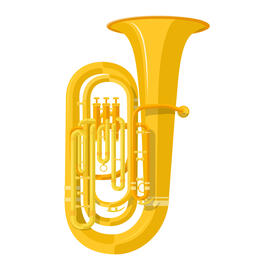 Do I Need to Tell the Board I Practice the Tuba Every Day?

In my admissions interview, I’m not going to tell the board that I practice the tuba every day. None of their business, right?

If you do not care about disturbing your neighbors, then multifamily living isn’t for you. All co-ops have house rules and bylaws that restrict the noise level from an apartment. Many state that 80 percent of the floor space must be covered by carpeting. 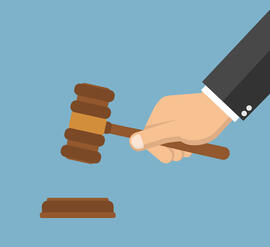 Should We Avoid a Building Whose Board Is Suing a Developer Over Construction Defects?

Written by Carl Borenstein on September 01, 2015

The condo we want to buy is in a building where the board is suing the developer over construction defects. What should we do?

Run, buyer, run! In almost all situations the ordeal – the battle – begins with the burden of proof falling on unit-owners by having to document construction defects with costly engineering reports and seemingly endless attorney correspondence. And when paperwork is together and complaints are filed with the state’s attorney general – an arduous process – the already difficult developer makes things worse by strategically “taking responsibility” for only parts of a complaint. This developer tactic turns what should have been a resolution into punch-list-item argument between engineers and lawyers over what is or isn’t a repair.

Expensive lawsuits become inevitable, where settlements or awards, after deducting attorney and engineering fees, leave little or nothing to pay for the repairs. In the end, condo boards have little choice but to turn to unit-owners to foot the bill for developer defects. The dream apartment soon becomes a nightmare. 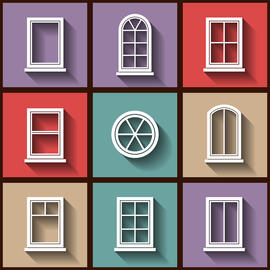 What Happens If I Want to Replace the Windows in the Apartment I'm Buying?

I want to replace the windows in the apartment we’re buying. Will the building have a problem with that?

The first thing a new owner should do is contact the managing agent to inquire about the building’s policy on capital improvement projects, specifically windows. Your agent may be able to guide you to a window company that has worked for the building in the past.

This should give the board a level of comfort with the contractor. Generally, the agent will send you an alteration agreement and you would be required to remit a scope of work detailing the specifications of the windows you are seeking to install. In addition, you will have to send in a certificate of insurance from the window contractor and any other licenses and fees required.

The board may have its engineer/architect review your application at your expense. It is important to note that specific windows are required in landmarked historic districts. Other buildings may make you conform to the existing windows so all windows look uniform. Bottom line: expect the unexpected whenever starting a new capital project. 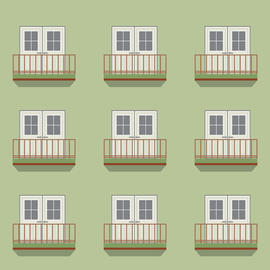 How Can I Find Out If My Balcony Is Safe to Use?

I love the idea of my own balcony. But I’ve heard that balconies are unsafe. How do I find out if this balcony is okay?

If the building is greater than six stories, then it must comply with Local Law 11, which requires that the building’s exterior, including balconies, terraces, and/or outdoor railings are inspected by a licensed architect or engineer every five years, that a report be filed with the New York City Department of Buildings (DOB), and that required repairs are made. You should ask the managing agent for a copy of that report and then discuss it.

You can also go directly to the DOB website to see if the report was properly filed. You may also want to consult with a licensed architect and engineer (whether or not the building is required to file a Local Law 11 report) and ask them to review the condition of the balcony on your behalf. If the balcony or terrace has a roof membrane below, the architect and/or engineer should also advise on its condition.

You should see if there are any planned projects that may affect the outdoor space. Once you own an apartment with a balcony or terrace, you need to observe safety rules. Sitting on the outer walls or railings is never a good idea. As good as any inspection is, there can always be problems that were not seen – or new problems that can develop at any time. Always make sure that items placed on the balcony or terrace are secure, particularly in bad weather, and always check to be sure that any drains are clear of leaves and debris. 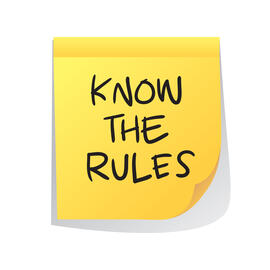 Why Should the Board Care That I Plan to Run a Business Out of My Condo?

I plan to run my acupuncture practice out of my condo. Who will know about it, and why should the board care?

It is a direct violation of a building’s bylaws to operate a business out of a unit. As a resident of a condominium community, it is important that you and all residents follow the rules and regulations of the community regardless of your personal opinion. Your board was elected to make decisions on your behalf and with the best interests of the community in mind.

Although you believe that no one will be aware of your business, there are still liability issues in the event someone is injured during one of the procedures. Residents will also be observing your clients coming in and out of the building, which will be an issue as well.

Failure to do so will result in fines and possible legal action. 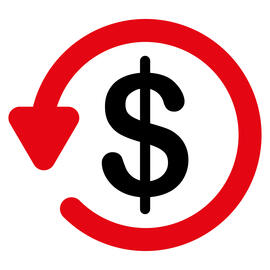 Can We Get a Maintenance Rebate If Gas Is Shut Off in the Building?

We’ve just closed on an apartment and have learned that the gas has been shut off to the whole building. Can we get a maintenance rebate?

Without seeing the co-op’s proprietary lease and keeping in mind the questions by the new shareholder, it seems the scenario discussed was a scheduled repair and the shareholders were notified accordingly. It’s the seller’s responsibility to address the new shareholder’s maintenance rebate request and not that of the co-op or board of directors. 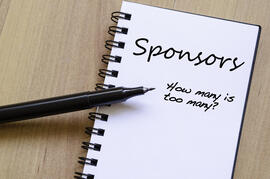 Should I Worry About the Large Sponsor Presence in the Building in Which I'm Interested?

There is a large sponsor presence, but my broker tells me the sponsor doesn’t control things. I’m concerned. Could this situation go bad?

Yes, this could be a problematic situation but let’s explore the points of concern and address them.

What is a “large” sponsor presence? What percentage of shares are owned by the sponsor? The larger the percentage, the greater the concern.

Has the sponsor’s ownership affected the co-op or any individual shareholders in their respective financing efforts? If so, this may be a reason to reject purchasing an apartment.

Has the sponsor encumbered his shares and, if so, to what extent? A positive response might be troubling because the sponsor could have problems meeting debt service payments and/or maintenance payments because of excessive financial burdens.

What is the sponsor’s disposition plan? Has the co-op dealt with the sponsor on this issue? It would be beneficial to see that the sponsor is unwinding but not flooding the market with many apartments at a time prospectively, as this could weaken future sales prices for a period. 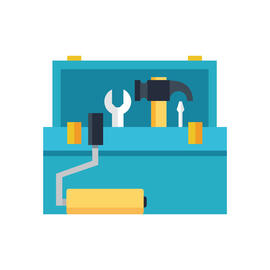 Is a Part-time Super Enough?

Does it matter if a co-op only has a part-time super? Will he be able to take care of the building’s needs?

The size of the cooperative (number of units, floors, and square footage), economics/affordability, and demands of the shareholders are the ingredients that dictate the answer to the above questions.

A threshold question must first be addressed; does the property require a super on premises or within a particular distance to the property at all times based on the number of units and the availability of an individual with a boiler license to satisfy New York City regulations?

The availability of an apartment for a part-time super plays into the equation. Better-qualified supers tend to desire the best available living conditions. To attract a strong super, even on a part-time basis, quality housing is important. Stronger supers gravitate toward higher pay and better living conditions.

If the cooperative also employs a porter, the focus for the part-time super can be targeted toward maintaining and repairing the physicality of the property, versus trash removal and cleaning of hallways.

A quality part-time super may work well in certain size properties. It will not succeed if the cooperative is too large or if the super does not have superior skills to accomplish the necessary tasks required by a particular cooperative. 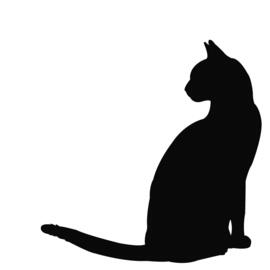 Should I Overlook the Cat Litter Smell in the Hallway of the Building I Like?

We just looked at an apartment, and there was a smell of cat litter in the hallway. Do you think I should overlook this?

I do not think you should overlook this. Even though you love the apartment, it is better to be disappointed today than to be sorry later. It can be quite difficult to remove cat smells.

Questions need to be asked and actions followed up. Is the smell from cat litter, cat urine, or the cat? Is the owner of the cat cleaning the litter box on a regular basis? Has cat urine penetrated a wood floor that might require replacement? How long have the smells been there? Has anyone else in the building complained and what actions were taken by either the building staff, the property manager, and/or the board of the building?

Besides the cat smells, answers to these questions and the actions taken will also provide some insight into how the building is operated and how well residents take care of their apartments.