Recent news affecting co-op / condo buyers, sellers, boards and residents. This week the big news for co-op boards is a new law in Hempstead, Long Island, stating that boards there must accept or reject applicants within 45 days and give the reason for any denial — in writing. Could this be the start of a legal movement? Plus: A community room, taken away for no stated reason, returns after several years to the historic co-op complex the Allerton Coops (pronounced "kewps"), a Lower East Side co-op joins a commercial-rental trend, and is your co-op board president a drug lord? 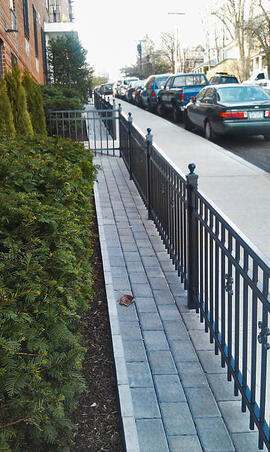 April 4, 2012 — Perched on the slope of a steep hill in Staten Island’s waterfront St. George neighborhood, 36 Hamilton Avenue enjoys sweeping vistas of New York Harbor. Unfortunately, the 116-unit, seven-story co-op also has to contend with some wicked stormwater runoff — severe enough to flood the basement and carve out a ditch in the soil at the fence line.

Board president Maria Civille said new sidewalks actually exacerbated the problem because they weren’t properly graded, and the board opted for a new fence and retaining wall. But when the fencing company’s work proved substandard – or “disgraceful,” as she tells it — landscape architect Tom Sagona came to the rescue. Read more >>