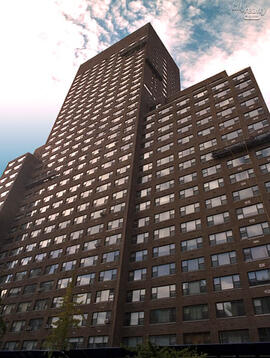 The St. Tropez Condominium at 340 East 64th Street in Manhattan appears to be a nice place to live. The historic 34-story building — famous in real-estate circles as the first condominium in New York City and probably New York State, completed a year after passage of the state's Condominium Act of 1964 — sits in the tony Lenox Hill neighborhood of the Upper East Side, and boasts a pool, a gym, a garage, a roof deck and a children's playroom among its amenities. According to one survey, its 301 apartments sell for an average of nearly $2 million each.

So why would its condo association hold a homeowners meeting in a vacant commercial space with uneven floors rather than in a nice, safe community room or somewhere similar? Because it just seems that if the board members had only asked themselves that question they could have avoided all the unpleasantness that followed.