It's no news that New York is changing and fast. Luxury condos, soaring rents, New Yorkers getting priced out of their longtime homes, longtime businesses getting priced out gentrified neighborhoods… In recent weeks, we've read about the 85-year-old grandmother getting evicted from her home in Little Italy (where she's lived since the 1960s) by her landlord, the Italian American Museum — a painful reminder that Little Italy continues shrinking, and there's not much of it left. We've also read about how photographer Jay Maisel, who purchased the Germania Bank building, a gorgeous graffiti-covered Bowery holdout, finally caved after 40 years and sold it for a sizable profit. Hell's Kitchen is another neighborhood that is changing fast. After more than a century in business on West 44th Street, in its original 1912 building, Dykes Lumber Yard has packed up and relocated. Citing city documents, DNAinfo reported that the family who owned the property, and the lumberyard, sold the building to condo developer Charles Friedman for just under 11 million dollars in June. The lumberyard is moving to 124 E. 124th St. Dykes President Charles Kreyer told DNAinfo that "Hell's Kitchen had become inhospitable to the business' industrial needs. 'The city was coming around and making everything difficult,' he said. 'People can't make deliveries, you can't load up a truck.'"

We've previously written about the eight-building co-op on West 50th Street that discovered a termite infestation that threatened a building's structural integrity: how it was discovered, what if signified and the co-op's overall actions. Now we look at the nitty-gritty of exactly what steps the co-op board and its professionals took to do the job.

Cockroaches? Bedbugs? Big Deal: Termites Can Tear Down Your Building

An eight-building, 54-unit complex in Hell's Kitchen that was built during the late 19th and early 20th centuries recently discovered that it had a major, potentially disastrous infestation of termites. The discovery, belated though it was, may have saved one of the five-story walk-ups from structural collapse. 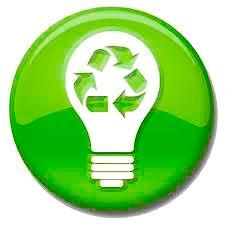 A five-member panel comprised of a condo-board president, a management-company executive and representatives of Con Edison, the New York State Energy Research and Development Authority (NYSERDA) and the New York City Mayor's Office last week warned co-ops, condos and other residential buildings that incentives for green upgrading have limited lifespans, and that boards intending to participate in any particular program should do so before that incentive expires.

FIRE! Did Everyone Hear That?

In the immediacy of the moment during an apartment-house fire, people can panic. Timely information helps prevent panic. And so in the wake of high-profile high-rise fires, the question of how to get crucial fire information to building residents — whether through Internet- or phone-based systems or through what the industry calls "one-way communication" such as public-address systems in hallways or individual apartments — has become the New York City Council's next burning issue.

And unless that issue's addressed quickly, the desire to mandate life-saving communication paradoxically may cost lives. 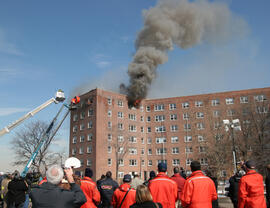 Fire in the Hall: What Boards Don't Know About Fire Safety Can Kill People

I'd probably be dead right now. Maybe you, too.

That's because in all the years I've been writing about co-ops and condos, including fire-exit regulations and Fire Dept. inspections, I probably would have headed down the stairs at The Strand. That's what Daniel McClung did during the blaze at that W. 43rd Street condominium on Jan. 5. Knowing only that his building was on fire, he tried to escape from the 32nd floor — and ran headlong into smoke from the 20th that killed him.

But I mean — it's a fire. You're supposed to get out, right?

Court Tells Board in Foreclosure Case: The Guy Paid. What Else You Want?

The Clinton West condominium at 516 W. 47th Street, in the neighborhood you call either Clinton or Hell's Kitchen depending on how New York you are, seems a nice place to live. Built in 2003, the seven-story, two-building complex of about 80 apartments boasts granite kitchen counters, heated bathroom floors, an atrium lounge with WiFi, a fitness room and even a putting green. Behind this genteel façade, however, a battle brewed.

Edward Desmond of apartment S3G is a union electrician who since 2010 has been unemployed. That year, he fell behind on his common charges and notified the property manager — first Steven Katz of Rudd Realty, later his successor, Ellen Marrone of Midboro Management. As Desmond testified in court, Marrone reasonably and appropriately told him that if Desmond were to begin making his current payments, "it would be a show of good faith."

It was one of the last reasonable things anybody did.

Recent news affecting co-op / condo buyers, sellers, boards and residents. This week, the Attorney General brings down the hammer on a real estate attorney we hope wasn't yours, Hell's Kitchen residents want a homeless woman to get the hell away, a family feuds over a Park Avenue co-op, and we've an update on that Florida condo where faith-based discrimination against unmarried straight and gay couples made national headlines. Plus, for condo and co-op boards, we've the latest on the City Council bill for regulating co-op admissions.

Co-op / Condo News: A Meth-take in Midtown, a Tax Break in Albany, More

Recent news affecting co-op / condo buyers, sellers, boards and residents. This week, FEMA extends the filing deadline for homeowners, including co-op shareholders and condo unit-owners, applying for grants, some nervous neighbors at a co-op jump to conclusions, and a condo-owner has an overhead problem in the form of a heavy cell-phone tower. Plus, for co-op and condo boards, the tax-abatement renewal bill has passed the New York State Senate. Now will it get through the Assembly?

Don't Become a Textbook Case: How One Co-op Board Flubbed a Foreclosure

It seemed a simple thing for the co-op board: Cancel shares and foreclose on a shareholder long in arrears. But in a case taking on new attention, now that a 2001 court decision was published for the first time yesterday by the New York State Law Reporting Bureau, this textbook case reminds us that even when just walking to the newsstand, make sure your shoelaces are tied.