It Takes a Team to Run a Co-op, from Board to Staff to Manager

Written by Aparna Narayanan on February 27, 2014

Every successful cooperative or condominium needs an Ideas Guy, the one who says: "We need this, we want this, and let me tell you why." At the 325-unit Brevoort East at 20 East 9th Street in Greenwich Village, 31-year co-op board veteran Jay Silverzweig is it. His own mantra for what makes a project succeed consists of three words: "conception and execution." Recent cogeneration and Local Law 11 initiatives are among the many works he has overseen since moving here in 1982. In fact, he describes infrastructure projects and financial affairs as "my little niche in the building." 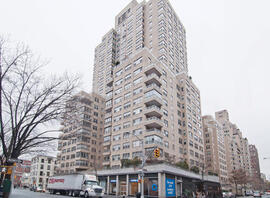 The Secret to Capital Projects Without Assessments? It's Not So Secret.

Written by Aparna Narayanan on February 13, 2014

In 1950, a young Jay Silverzweig, the owner of a plastics business, watched electricity costs take a toll on his neighbors in Greenpoint, Brooklyn. Two fellow entrepreneurs, who used steam to clean rags, finally decided to get off the electric grid and worked out a cogeneration system (or CHP, i.e., "combined heat and power") that uses natural gas to produce electrical and thermal power.

More than 60 years later, those early experiments in alternative energy were lurking somewhere in Silverzweig's mind as he spearheaded the $1.5 million cogen project at the Brevoort East, a 26-story, 325-unit cooperative at 20 East 9th Street in Greenwich Village.