Another Building Prepares for the Sequel to Hurricane Sandy 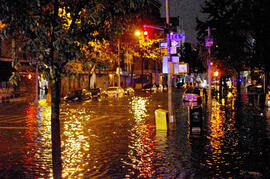 East Village Co-op Gets Ready for the Sequel to Sandy

Up on the Roof: Illegal Additions Are a Major Minus

Boards need to draft an alteration agreement – and enforce it. 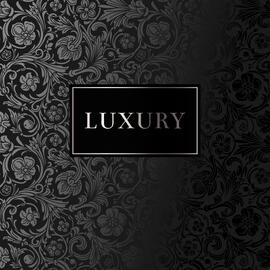 Another Luxury Condo Coming to the East Village

Steiner acquired the property at 438 E. 12th St. for $41 million in 2012 from Mary Help of Christians Church. The site, which housed a church, rectory and private school, was originally intended as a 158-unit rental building with 22 of the units set aside as affordable under the Department of Housing Preservation and Development’s Inclusionary Housing Program.

Score another one for luxury over affordability. 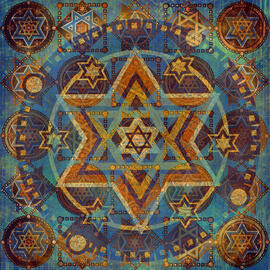 Thousand-foot condo towers for billionaire owners may be the big New York real estate story right now, but there are, happily, little stories that continue to go against the grain.

Here’s one: a century-old synagogue has been spared the wrecking ball by an ingenious new condo development. The Adas Yisroel Anshe Mezritch congregation, which has been worshipping at 415 E. 6th St. in the East Village since 1910 but recently fell on financial difficulties, has agreed to let East River Partners create three condo units on the upper floors of the building. In exchange, the developer will pay the congregation a $600,000 up-front payment, an annual contribution of $20,000 a year for the next 198 years, and a $180,000 “fit-out allowance” to rebuild the ground-floor sanctuary and basement space, as reported by The New York Times.

Two of the three upper-floor condo units will have the synagogue’s original stained-glass windows, some of which include Stars of David. The units will sell for $2.95 million to $4.39 million.

Charles Knapp, the pro bono lawyer for the synagogue, said East River Partners “were the saviors of this shul.”

What to Do When the Worst Happens in Your Building

It's a nightmare scenario. An explosion and fire yesterday in the East Village leveled three buildings. Brickunderground.com has compiled some helpful information for New Yorkers who want to know how they can keep something like this from happening in their homes, if possible, and what to do if it does. First and foremost, it stressed Mayor Bill de Blasio's message from yesterday's press conference: if you smell gas, call 911 or Con Ed immediately. Brickunderground.com also reminds everyone to not overload their outlets, urges people to call 311 if their fire escapes look suspiciously rickety, and offers some information about apartment insurance. For more information on what happens when a building reports a gas leak, check out our coverage of last year's fatal explosion in East Harlem.

A day after an explosion and fire in the East Village leveled three buildings, we are learning that at least two people are missing, 20 people were injured (3 of them critically), and at least 80 have been displaced. DNAinfo reports that the Manhattan District Attorney's Office and other agencies are taking a closer look at contractor Dilber Kukic. The Bronx-based general contractor, who survived the explosion, performed work at 121 Second Avenue in the past year. He was also "already under the scrutiny of Manhattan prosecutors in an unrelated case. He was arrested last month for an alleged role in a widespread bribery scandal involving city inspectors." In an exclusive interview Thursday, Kukic told DNAinfo New York "that he and the son of the [building's] owner had just opened the basement door to check a gas odor when the room blew up, knocking them off their feet and sending debris raining down on them." Kukic added that he carried Michael Hrynenko, who was seriously injured, outside. Kukic suffered burns and was treated for smoke inhalation. His firm reportedly had finished plumbing and partition wall work at 121 Second Avenue six months ago, but Kukic added that his firm hadn't worked on the basement. When DNAinfo asked him in a second interview about his arrest February, Kukic reportedly hung up the phone.