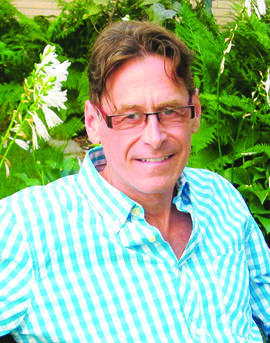 The Hole Story: How a Co-op Turned Basement Disaster into Apartments

When a first-floor shareholder's floor collapsed into the basement, the board at Chelsea Gardens, a six-story, block-long, 170-unit co-op at 255 West 23rd Street, decided to excavate the filled-in space to raise some much-needed funds. With all of the dirt removed, the basement walls measured 13 feet high — tall enough to meet the legal requirements for occupation — and the co-op would have an additional 5,000 square feet it could either sell to shareholders on the first floor to create duplexes or offer to buyers as new units.

Written by Jo Anna Isaak and Dan O'Connell, President and Shareholder, 329 W. 21st Street, Manhattan. One in an occasional series of real-life stories by board members about serving on co-op and condo boards. on August 18, 2011 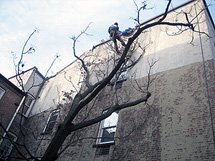 When we purchased our small co-op apartment in Chelsea more than 20 years ago, the biggest appeal to us was the deck and garden area that came with it. Hidden behind the main 10-unit building, the dominant feature of the small courtyard was a large, old ailanthus tree. It attracted rare and unusual birds, resting on their migratory paths. It gave us shade in the summer and leaves to sweep in the fall. Its only downside, we thought, was that we had to scoot around its massive, elephantine trunk when bringing food from the building to our outside dining table.

For 20 years, we enjoyed our tree. Then, one day last winter, we noticed something peculiar: The tree's roots were breaking through the ground, coming up and pulling our wooden deck up with them.

Co-op / Condo News: Judge Rules Voyeurs Are Legal If They Use a Camera

Recent news affecting co-op / condo buyers, sellers, boards and residents. This week, if you look into the windows of people's homes, you're a peeping Tom ... unless you take photographs and put them up for sale. Then it's legal to spy on people because, hey, it's art! So ruled Judge Eileen Rakower after Tribeca  parents sued a voyeuristic creep — the New York Post's word — who shot pictures of their kids and sold them for up to $10,000 each (without paying or even getting a release form from the unwary models.) Homeowners beware.

We've also a lawsuit between condo-owners over what they say is their building's overpriced gym, a reminder that clothes make the doorman, and did you know that New York City apartments aren't considered "luxury" until they cost $3 million? Plus, for condo and co-ops boards, tips on noisy neighbors and meeting minutes. 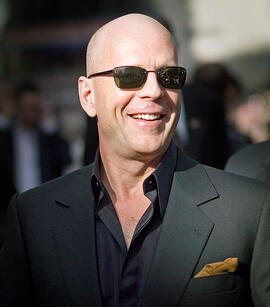