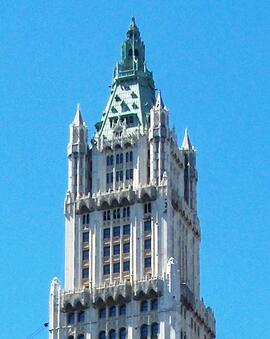 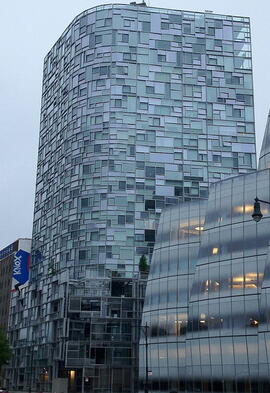 A Chelsea condominium designed by world-renowned architect Jean Nouvel is facing blowback from residents over a whopping $8 million assessment — put in place, they say, to make up for shoddy workmanship. The New York Post is reporting that at least one resident of 100 11th Avenue has since put her unit on the market, and that one 65-year-old retiree has been socked with a $120,000 bill. Nouvel, for his part, has criticized developer Cape Advisors, which controls the board, saying in 2010 that the firm went "off course" because it wanted to "complete the building as inexpensively as possible."

Negotiations between the co-op and rental sections of London Terrace in Chelsea have come to a complete standstill, according to DNAinfo. The issue at stake is access to the historic complex’s pool and sundeck and how much more the co-op side wants the rental side to pay for the privilege.

When Secondhand Smoke Seeps In

Written by Richard Siegler on December 31, 1969 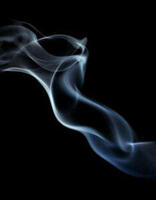 Is the co-op or condo liable when secondhand smoke emanates from an apartment? It is indeed, according to the landmark ruling in Poyck v. Bryant. When smoke gets in your eyes — or nose or throat — this violates the warranty of habitability that applies to all residential apartments.

Peter Poyck, the owner of condominium unit 5-D at 22 West 15th Street in Manhattan, began subleasing this apartment to Stanley and Michelle Bryant in 1998. In March 2001, new neighbors moved into 5-C next door. The newcomers constantly smoked there and in the common fifth-floor hallway, and secondhand smoke penetrated the walls. The Bryants complained to the superintendent, Frank Baldanza, who allegedly spoke to the next-door neighbors, to no avail. The smoke continued unabated.

When the super's efforts failed, Stanley Bryant wrote a letter on June 29, 2001, to the super, to Peter Poyck, and to Poyck's attorney seeking a solution. This was not simply a matter of unpleasant odors; it represented an ongoing health hazard for Bryant's wife, who was recovering from her second cancer surgery and who claimed to be extremely allergic to such smoke. To try to remedy the situation, Bryant sealed his apartment entry door with weather-stripping and a draft barrier. He operated two HEPA air filters 'round the clock, incurring additional electric charges. Despite this, the Bryants could still smell smoke from 5-C in their apartment.

Bryant wrote another letter, this time to owner/landlord Poyck, asking if he could remedy this problem, adding that otherwise, " we must consider finding a healthier living situation."

Recent news affecting co-op / condo buyers, sellers, boards and residents. As the year ends, some things don't change. To wit: Two Financial District condo boards and Pace University have filed a lawsuit to keep a city Probation Department center out of the neighborhood; co-op shareholders at Dunham House on the Upper East Side are fighting a retailer who threatens to block their views; and a condo board in Flushing, Queens, is getting sued for its treatment of a Buddhist church. Man, who hates Buddhists? Plus, one of the New York Giants is renting out his condo apartment during Super Bowl week since, let's face it, the Giants have no reason to stick around. 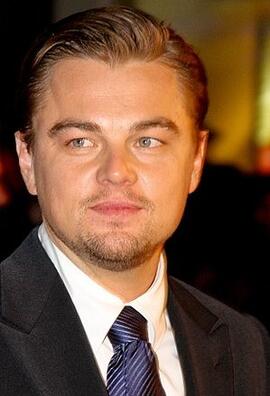 This week, a co-op shareholder in Queens complains about a neighbor's noise and gets heard in court, and a condo board in Chelsea sues a commercial gym over weighty noise issues. A newspaper says almost half the buildings that object to Cite Bikes don't get them, but you can't wait till you know they're coming. Bike 22. What's the latest luxury amenity? On Park and Fifth Avenues, it's private restaurants just for residents and guests. Plus, Leonardo DiCaprio buys a "wellness" apartment in Greenwich Village. Yeah, we didn't know what that was, either. Sounds nice, though. 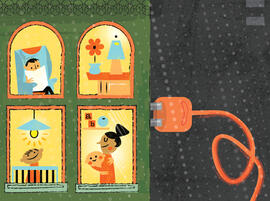 Hard Lesson: Buildings Without Backup Generators Are Fooling Themselves

At  Morgan Court, a 22-story condominium in the Murray Hill section of Manhattan, a balky old generator stood sentry in a courtyard for decades. It provided some power to the building during the August 2003 blackout but then failed to function during routine maintenance checks. The condo board sporadically talked about fixing or replacing it but never did.

Then, the big storm hit.