The Case of the Illegal Wall Sconce

A Luxury Condo That Reveals the Way We Live Now

Another One Bites the Dust

A Chelsea art gallery is the latest to give way to a condo developer.

An old lawsuit may impact a new campaign. Mark Greenberg, founder of the New York City- and Long Island-based real-estate management firm MGRE, is running for Congress on the Republican ticket in Connecticut's 5th District, where he lives. The local Democratic committee naturally prepared opposition research — which, reports The Hartford Courant, includes information about a 1996 lawsuit alleging Greenberg waived fee-collection from some residents of The Grand Chelsea condominium, at 270 West 17th Street in Manhattan, so that they would "refrain from pursuing their rights and claims against Defendant Greenberg" and that his company "improperly used its ability to influence or control the election of individuals to the [condo's] Board to pressure … Board Members to refrain from … exercising proper supervision over defendant Greenberg's activities." The case went on for six years, ending in 2002 with a "stipulation," the newspaper said. (Full disclosure: MGRE is a Habitat advertiser.) 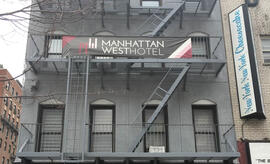 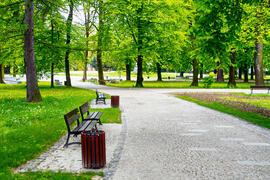 Go gang green! Except we're not talking about the New York Jets, but rather the New York City Parks Department and a very determined group of Chelsea residents.

Chelsea Now reports that a group of determined residents have finally succeeded in gaining funding to construct a new park at 140 W. 20th St., between Sixth and Seventh Aves. "Since 2010, a group of local residents has been advocating for a green space on what was once a parking lot and building used by the Department of Sanitation. They lobbied the city to designate the .23-acre space as parkland, raised $500,000 in private funding, and received $1 million through last year’s Participatory Budgeting process," writes Scott Stiffler. "The area roughly between Fifth and Seventh Aves. has the lowest proportion of green space relative to developed land in Manhattan, according to the Parks Department. A new park would help ameliorate that situation locally, while also furthering a city initiative to have 85 percent of city residents live within walking distance of a park by 2030." The next step is "a three-year process of environmental review, design, procurement and construction," with meetings for design scheduled for the spring. 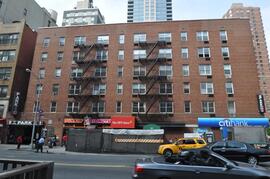 It's no secret that sometimes the relationship between boards and building residents can be… toxic. And plenty of board members can attest that residents have accused them of taking kickbacks and bribes. Sometimes these accusations escalate and residents end up taking the matter to court. That's the case with one Chelsea co-op whose residents — well, a dozen of them, actually — claim, reports The Real Deal, "they were strong-armed into the shady sale of their building, alleging that the buyer, Galil Management, may have plied board members with cash or flashy new apartments." In the lawsuit, which was filed Tuesday in state Supreme Court, Galil and board members are accused of "concealing details of the building sale from the co-op's shareholders and harassing residents until they signed onto the deal, which needed 81 percent of the shareholders to succeed. The board members painted the building sale as an imperative move to avoid financial ruin for the co-op." According to TRD the group of residents say that during a shareholder meeting on August 19, the board informed them that if they didn't go through with the sail, the building would have to file for bankruptcy — a nightmare scenario that could have resulted in residents losing the entire value of their shares. "Galil also only gave the shareholders until Oct. 1 to agree to the sale and stipulated that the residents would need to be out by February 2016, effectively giving them only four months to find somewhere else to live," reports TRD, citing the lawsuit. 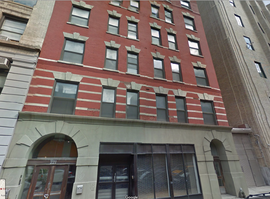 At 3 A.M. Tuesday this week, a five-alarm fire broke out at the Dorian condo development. The fire spread quickly, engulfing the building's fourth, fifth, and sixth floors and required nearly 250 firefighters to finally contain it by 7 in the morning. Although the cause of the fire is still unknown, the nightmarish scene really could have been so much worse. For starters, nobody was hurt — it helped that the building was empty. The Real Deal reports that, fortunately (given the situation) a fire watch company was on site at the time of the blaze. Furthermore, "structural engineers and officials from the city’s Department of Buildings have inspected what remains of the building, and determined that it appears to be structurally sound." Citing a press release from the developer, TRD added that the site was fully insured, and [Delshah] plans proceed with work." Originally slated to be completed by the end of 2016, the Dorian will be a 40,000-square-foot luxury condo building with 14 units, including full-floor penthouses on the upper four floors. 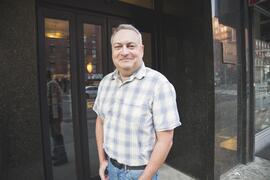 If we've said it once, we've said it a thousand times: no good deed goes unpunished. Serving on a co-op or condo building's board can be pretty thankless work, especially when things go bad. After a contractor hammered a nail into the floor, accidentally puncturing the gas pipe running underneath, Con Edison shut the gas off at Chelsea Seventh Condominium and left behind the dreaded red tag. The 120-unit condominium, located at 170 West 23rd Street, would remain gasless for the next four months. And people were not happy about it. 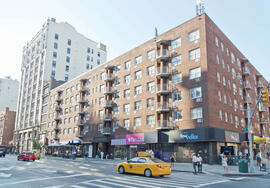 Red-Tagged: A Condo Copes with Being Gasless

"The alteration was approved. He was installing a basic floor," recalls Dee DeGrushe, account manager at Orsid Realty. It was early April, and she had no reason to suspect that events would quickly turn from something mundane into something momentous.

While the contractor was hammering a nail into the floor, he accidentally banged into a gas pipe running underneath. He punctured it. "You could immediately smell it," DeGrushe says, "and you could hear the 'shh' sound." The contractor came screaming out of the apartment. DeGrushe was at the building in under 20 minutes. Within the hour, Chelsea Seventh Condominium was "red-tagged" by Con Edison, and the gas shut off to the entire building. The 120-unit condominium, located at 170 West 23rd Street, would remain gasless for the next four months.