Patrick Wong, the voice of experience, is serving on his second condo board. 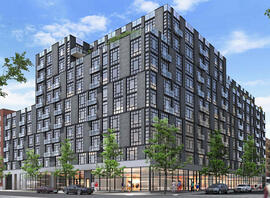 Another Key Food has bitten the dust to make way for what will probably be a new condo. Again. No, this is not a repeat from February of this year. The supermarket in question this time is — erm, was — located at 946 Myrtle Avenue, and it will be replaced by a new seven-story, 132-unit apartment building designed by Karl Fischer. YIMBY reports that "[Fischer] filed a new building application last October," and has obtained a rendering of the project. YIMBY adds that, according to the most recent filing, the building will be spread across 163,631 square feet of residential space, for an average unit of 1,239 square feet. That's a lot of new people coming to a neighborhood that will be down one supermarket. Let's hear it for limited resources! There may be light at the end of the grocery-less tunnel, however: it's a mixed-use building, which means there will be a commercial tenant. Hopefully, it will be another supermarket, but it's too soon to tell. "The rendering," explains YIMBY, "still depicts the 10-story version of the building, not the squatter 7-story structure sketched out on the new permits." We're guessing a few folks in the neighborhood don't care what the end product looks like as long as they get a comparably priced supermarket to replace the one they lost four months ago. 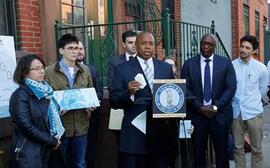 Forming a Co-op Through "Third-Party Transfer": Will the Residents Succeed?

Erected in 1905, the rental building at 34 Jefferson Avenue in Brooklyn, where the Clinton Hill and Bedford-Stuyvesant neighborhoods meet, has a tangled history. Tenants took the landlord to court in 1979 and won permission to move toward becoming a limited-equity Housing Development Fund Corporation (HDFC) co-op.

But after three years, virtually no steps had been taken toward converting the 66-unit building. In 2001, some residents came up with a strategy. If the building stopped paying its real estate taxes, it would eventually become delinquent and would then qualify for New York City's "Third Party Transfer" (TPT) program. 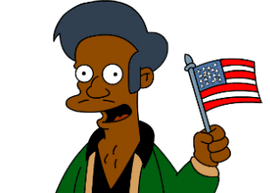 Recent news affecting co-op / condo buyers, sellers, boards and residents. This week, following the Independence Day holiday, we look at neighborhoods on the rise in Brooklyn, Queens and Manhattan. Plus, an expert tells you about refinancing your co-op — and, for boards, another explains all about financing your super's apartment. And two TV / film notables sell their places: the late Celeste Holm's Central Park West abode gets bought, and The Simpsons' Hank Azaria, the voice of Apu, Moe, Chief Wiggum, Comic Book Guy and more puts his Soho condo — Cindy Sherman's old place! — up for sale.

... co-op residents on Park Avenue win a victory over liquor sales, a new high-end condo is offering income-restricted apartments via lottery, co-op boards may be becoming more open to hardship sublets, and is Susan Sarandon your new neighbor in Brooklyn?