Condo Arrears? Try DILF. It Means More than "Debtors I'd Like to … Foreclose On"

Most condo boards that attempt to collect common charges from delinquent unit-owners are faced with essentially three choices – enter into a payment plan with the defaulting resident, sue for money damages or foreclose.

The problem with the payment-plan option is that when a unit-owner misses a payment, the board must start an action, which takes time and money. This is really just delaying the inevitable. If a board decides to go straight to court (Small Claims or otherwise), the board may succeed in getting a judgment on the outstanding common charges, but would have to begin consecutive actions in order to keep collecting the common charges as they continue to accrue. Also, collection on the judgment(s) may be impossible. This starts a cycle of continuous legal bills and unpaid common charges.

From the Editor: The Ethnic Guild that Helped an Incompetent Super Get a Job

Let's call the super Pete, and the only other thing I'll tell you about him is that he's honest, hardworking, and knowledgeable. Oh, yes, and I've known him for 25 years. When he complains about something, it isn't idle talk.

At this moment, he was pretty incensed: "This guy," he said, referring to another super he knew, "shouldn't have gotten that job."

Five Steps for Co-op Boards to Take When Shareholders Refinance

With interest rates at record lows, many apartment owners and shareholders are looking to refinance their loans. That means copious amounts of paperwork, along with e-mails, phone calls, and faxes. But what does it mean for the board?

Some buildings take the position that if the bank is willing to lend the money, the board is willing to sign off on it without looking at the financials. Considering the shaky state of banking in recent years, some professionals suggest that a prudent board should take steps to protect the property's financial health.

Running an Effective Board Meeting: A Little Agenda Goes a Long Way

A challenging aspect of co-op or condo board meetings is how to actually conduct them. Generally speaking, there is little statutory guidance or specific provisions explaining how they should go. As a result, some boards struggle with this.

One of the biggest issues co-ops and condos will have to face in the near future is the end of No. 6 heating oil, which will be banned from the city's oil burners by July 2015. The city Department of Environmental Protection will stop issuing triennial certificates of operation for No. 6 oil burners this summer, and will stop those certificates for No. 4 oil in 2020.

If you're burning No. 6 or No. 4 oil, you should be making plans to switch over to a dual-fuel system as soon as possible. Con Edison offers incentive programs to make the switch, but Joseph McGowan, manager of gas customer solutions, says the next deadlines for applying will not be until spring 2013.

The outlook this year for your building's insurance costs? You'd better sit down: Michael Spain, president of the Spain Agency, predicts increases from 8 to 15 percent. "If a building has had a lot of claims in the last few years, it can be higher," he says. "If the building has had zero claims, it's going to be on the low side, but even with zero claims you're going to see some increase."

Spain recalls the case of one building where the premium went from $155,000 last year to $185,000 this year — a 19 percent hike. "That will certainly get their attention," he observes. But, by looking at the history of the building's payments, he can see that it got a great deal in the years from 2007 to 2011. "We think that if boards look at their historical costs, it may be more palatable," he says. It may be that it's going up now, but there were years where you saved some money."

Co-op shareholders and condo unit-owners sometimes have reason to get upset with their co-op board or condominium association. It might be about assessments, madcap spending, meanness or rudeness, unreasonable behavior, playing favorites, and directors doing things owners are not allowed to do, such breaking the rules. What  can a co-op / condo homeowner do? Or to put it another way, should a homeowner not do? 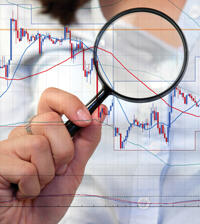 "Communication and cooperation always help avoid problems," attorney Stuart Saft, a partner at Holland & Knight, once said to me. Not everyone believes that.

I recently recalled an incident that occurred at my 22-unit cooperative some years ago. The sponsor held a long-term lease on a laundromat on the ground floor. It was a dirty and rundown space run by a jovial but rarely seen manager named Carlos. You saw more of his mother, a short, heavily wrinkled woman with squinty eyes and a screechy voice. She didn't speak, she SHOUTED, all in broken English, as she threw slabs of raw meat to a half-blind German shepherd that lay on the store's floor all day. In those pre-laundry card days, you'd need quarters, but she rarely had change. In addition, half of the machines seemed to be permanently out of order. 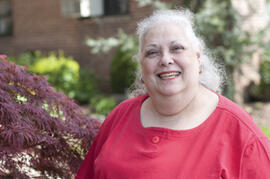 Board Service: Finding an $89K Water Credit — And Then Actually Getting It

Written by Joni Peltz, Board President, Hilltop Village Cooperative No. 3. One in an occasional series of real-life stories by board members about serving on co-op and condo boards. on June 12, 2012

As a child in 1955, I moved into Hilltop Village Cooperative No. 3 — two seven-story buildings, with 100 units per building, in Hollis, Queens.

It's 57 years later, and I have now spent the last six years as board president. Hard to believe, yet true!