Who Cleaned Out Our Bank Account? D.A. Launches Management Probe

Updated Feb. 18, 2014 — Rumblings of malfeasance are circulating and sources confirm that a New York City District Attorney's office is investigating a major property-management company. For co-op and condo boards, this is wakeup call that financial controls and vigilance should be the order of the day.

It appears that a theft of funds is the source of concern. Sources close to the investigation say a large co-op (or perhaps several) is missing a significant portion of its reserve-fund account. The property-management company, the sole signatory on the account, had led the board to believe the money was still in the account by preparing false bank statements.

Why Are Sponsors and Boards Often at Odds? Attorneys, Others Offer Insights

Written by Jason Carpenter on February 18, 2014

The history of bad blood between boards and holders of unsold shares or unsold apartments — often called "sponsors" though they might be not the original co-op sponsor or condo developer anymore — dates back to the rental-building conversion boom of the 1980s. Sponsors were the building owners who converted to cooperative status, with units sold to the public. However, in most cases, they would keep a number of apartments and retain majority control of the boards. As a result, they would have the largest say in rules, regulations, and spending for their buildings. This goes on today with new construction and some condominium developers.

And the first step for condo and co-op boards that want an effective working relationship with a sponsor? It's understanding how sponsors think. 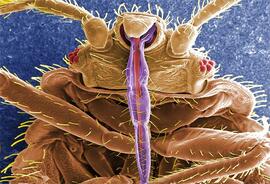 Co-op and Condo Boards Have Different Responsibilities Regarding Bedbugs

Getting bitten? Don't be shy. It's time to talk once again about bedbugs (also spelled "bed bugs"), those bloodsuckers from Hell that are present in many homeowners' nightmares. Although complaints about the pests have diminished, New York City co-op and condo dwellers, among others, still deal with outbreaks. Eradication can be a huge expense, and if bedbugs spread throughout the building, more than one pest control visit may be required to fully get rid of them.

What a "Benchmarking" Energy Audit Entails: The ABCs of EUIs and EERs

The purpose of the energy audit and its associated energy efficiency report (EER) is to identify ways to improve a building's energy efficiency, from system upgrades to operational and maintenance measures. 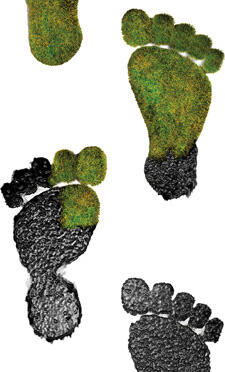 A few days before Christmas, as part of Michael Bloomberg's six-year-old PlaNYC, the outgoing mayor rolled out the New York City Carbon Challenge, an ambitious effort to get the city's three million units of multifamily housing to reduce greenhouse gas emissions by as much as 30 percent over the next 10 years.

Co-ops and condos are a big part of this mix. Their 400,000 units make up about 16 percent of the city's multifamily housing — and residential buildings account for more than one-third of the city's greenhouse gas emissions.

With Objectionable Shareholders, You Can Consider Alternatives to Pullman

One man, they say, can change history. And in 2003, David Pullman did just that, lending his name to the precedent-setting court decision in 40 W. 67th Street v. Pullman.

Financial professional Pullman — who'd already made headlines working with David Bowie to package the singer’s copyrights and catalog into what he trademarked as “Bowie Bonds” — had a documented history of ranting, raving and circulating defamatory fliers about various perceived transgressions at his Rosario Candela prewar classic. He pushed the co-op board and the shareholders to their limit, and then some. Finally, in a landmark turn, 100 percent of the shareholders voting in a special election, representing 75 percent of the shares, agreed to kick him out. The subsequent court case upholding that action solidified New York State co-op boards' nuclear option: eviction for "objectionable" behavior.

The Mechanics of Invoking a 'Pullman' Proceeding: Here's How It Works

The landmark court decision in 40 W. 67th Street v. Pullman (2003) set the precedent that fully established that New York State co-op boards could, within certain criteria, evict shareholders found to be "objectionable." Many jocularly call this "the nuclear option," and it should only be used as a last resort. There are options boards can take before circumstances reach that extreme point.

But if you do need to pull a Pullman, how do you go about it?

As the second storm of the week hit New York City and its environs, some managers say calcium chloride, or sidewalk salt, is in short supply. "We are running out," said Pamela DeLorme, president of Delkap Management, based in Howard Beach, Queens. "We bought a few thousand bags before the season began, but with the frequent storms, the substance is now in short supply." Delkap obtained about 2,000 bags of salt two weeks ago. 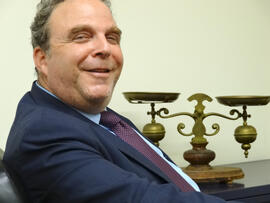 A co-op board I represent was confronted with the problem of bedbug infestation in several units in the building. A few individual apartments had become infested with bedbugs, but never notified the board, the managing agent or their neighbors. Because these unit-owners did not properly remedy the bedbug situation, it spread to other apartments.