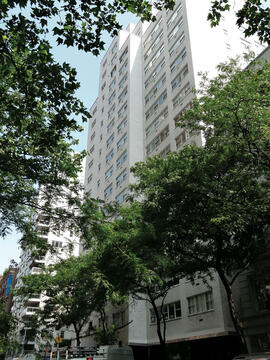 The 21-story cooperative at 201 East 66th Street, completed in 1961 and converted to co-op 20 years later, had three aging elevators that broke down frequently. Only two of them went all the way to the basement. "They were kind of limping along," says Jon Shechter, resident manager of the self-run building.

The board decided it was time to replace them with a newer, more efficient system. Yet the building also had to resurface and waterproof its 115-car parking garage and needed to upgrade its mechanical system. Together, the three projects would be expensive: Replacing the elevators alone would cost $750,000, and the new mechanical system could run to about $1.7 million. And the board did not want to levy another assessment on weary residents. 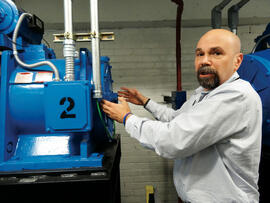 The past three years have been a dizzying time of capital improvements for the residents of 201 East 66th Street, a 21-story co-op at Third Avenue in the Lenox Hill neighborhood of Manhattan. The building finished a major façade improvement, replaced all its elevators, and will soon overhaul its mechanical system. Perhaps even more impressive: the board has not raised maintenance fees to pay for the work, although it did levy an assessment. The secret to the building's success lies in an unusual combination of cheap debt, a hands-on board and in-house management.

Convincing Your Board to Switch to Cogen: How One Board President Did It

The co-op at 201 East 66th Street in Manhattan heats both its apartments and its domestic hot water with steam purchased from Con Edison. Steam heat is expensive, since it's generated at a Con Edison plant and then piped into the building through city pipes. Not only is the 52-year-old building saddled with an expensive and inefficient system, its equipment is aging and its chiller for air conditioning needs to be replaced. Could co-generation be the answer? And if so, how do you sell it to your board and residents?