Board Power: Its Sources, Its Uses, Its Limits

Today’s boards owe a debt of gratitude to Ronald Levandusky and his kitchen.

The High-Wire Act of Revealing – and Concealing – Co-op Documents

How much do co-op boards have to tell shareholders? Not much.

Bike storage space is now a top amenity in the city’s co-ops and condos.

Policing the Craze to Combine Apartments

What the board needs to do before the walls come down.

Mice in the Walls

Is this a problem the co-op board has to tackle? 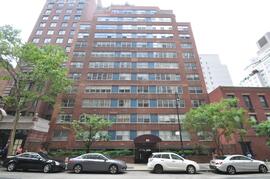 Greenwich Village Condo Digs Its Way Out of a Leak

The job seemed routine — until the contractors came up with sand where there should have been concrete.

Called the Village House, this 14-story condominium was built in 1967 on an elegant block in Greenwich Village. It is a full-service doorman building with a live-in superintendent, a bike room, storage space, a laundry room, and a courtyard.

But the building had a history of leaks around the two terrace spaces, which sit on setbacks that wrap around the 12th and penthouse floors of the 75-unit red brick building at 60 West 13th Street. The terrace areas had deteriorated and water was leaking into the units, reports longtime board president Carol Butler. The board turned to RAND Engineering & Architecture, which had worked on the building previously, with jobs that included brick replacement, pointing, and waterproofing work. 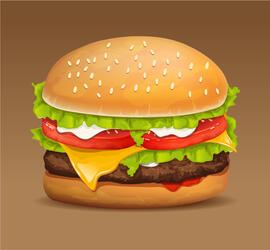 Living Next Door to a Smelly Fast-Food Burger Joint

Living next door to a fast-food restaurant (that delivers) may seem like a great idea at first. But then reality sets in: the noise, the vermin, the smells… Once the stench of grease constantly wafts into your apartment, the novelty of living next-door to a greasy spoon wears off. Take this co-op in Greenwich Village, for example. They tell Ronda Kaysen in this week's Ask Real Estate column in The New York Times that after a hamburger chain opened shop in the building next door to them, several apartments smell like burned grease. "It's worse in the spring and summer when windows are open. Some of the residents approached the manager of the restaurant, who promised to install a filter on the ventilation. That was two years ago. We have filed complaints with 311, with no results. Do we have any rights?" Kaysen explains that this is a chance for the board to "step up and advocate for its residents…. The board could start by contacting the owner of the neighboring building and pointing out the obvious: There might be a problem with the restaurant's ventilation system. Perhaps the restaurant could (and should) invest in a new one — or at least install that filter the manager suggested two years ago." And if that goes nowhere fast? Well, the board can look into filing a private nuisance claim, points out Kaysen, adding one caveat: "[The board] would have to show that the restaurant's use of its property constitutes an unreasonable, intentional and continuous invasion of the co-op residents' property rights." 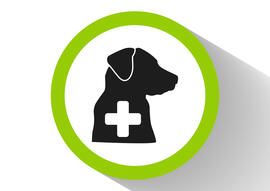 Speaking of subletting a co-op apartment, check out this one couple's quandary. The pair want to sublet the place for a year while they are out of the country. The problem is that the building allows pets, including service animals, and the husband has severe allergies to animals. Should someone with a pet rent the apartment, it would mean having to professionally clean all the furnishings, "including Oriental rugs." They ask Ronda Kaysen in this week's Ask Real Estate column in The New York Times what restrictions, if any, they may put on animals. Kaysen replies, "Just because your building is pet-friendly does not mean you have to be. Simply advertise your sublet as a 'no-pet' rental and screen prospective subtenants carefully. Include a provision in the sublease that clearly explains the rule and your reasoning." Of course, if a potential subtenant requests permission to bring along a service animal "as a reasonable accommodation for a disability," then the husband's disability — severe allergies — would factor into a court's decision. "If accommodating a pet would aggravate your husband's disability," explains Kaysen, "it is unlikely that a court would consider a request for a service animal as a reasonable accommodation."