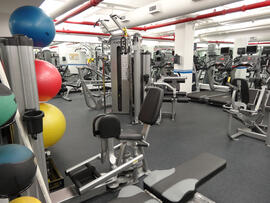 You've Decided to Install a Gym In Your Building. Great! Now What?

For E. Cooke Rand, a co-op board member at a 48-year-old white-brick building on East 84th Street, his board's initial decision to install a gym "was made conditionally, to explore the idea — what would be entailed, what all the equipment would be. We had a subcommittee of the board, three people, who did the bulk of the work and kept reporting to us — doing all this exploration to see what it could cost and whether the space was suitable. The process wasn't getting together one night, making a decision, and turning it over. We consulted through the managing agent and directly with knowledgeable architects."

An onsite gym has become standard in virtually all new developments, and many older buildings are retrofitting to include them. In two past articles we've looked at how real estate professionals value them, and at the standard steps co-op and condo boards take to make the decision and to make it a reality. Now we look at the final piece: security and insurance. 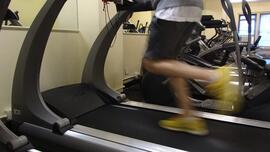 Working It Out: Why Older Buildings Should Consider Installing Gyms

Far beyond being a trend, gyms, also known as health clubs and fitness centers, are becoming as ubiquitous as lobbies and elevators. You'd be hard put to find a single new-construction condominium that doesn't have one, and many older cooperatives and condos, anxious to stay up-to-date, are weighing the option so as not to look like dumbbells. "If you don’t have one, you’re at a competitive disadvantage," says Deanna Kory, a senior vice president and associate broker at Corcoran Group Real Estate. "There are people who look at two similarly sized apartments who will be swayed to the building with the gym — often." 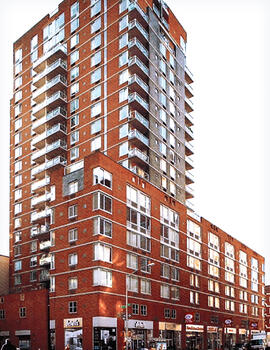 A Manhattan lingerie model on Wednesday sued her condominium over what she claims is mold from a nearly two-year-old water leak that neither the condo board nor the management company has satisfactorily addressed, and that has forced her to move out of her luxury apartment in the Chelsea neighborhood.

Co-op / Condo News: Soured on St. Vincent's, Mad at The Mark, and More

Recent news affecting co-op / condo buyers, sellers, boards and residents. This week, condo-owners don't want a visit from St. Vincent, the ex-wife of the Intuit software chairman loses out in a co-op sale, and the government wants home appraisals to be more transparent. And co-op board members can see one of their own taking the next step and running for office.

When I bought a one-bedroom co-op in Chelsea in 1994, I could feel the doors of affordability close right behind me. Just a year later, my apartment would have sold for twice as much, which would've been way out of my modest price range. Today, it's worth seven or even eight times what I paid. Like a lot of folks who rode the Chelsea real estate wave, I feel like I won the lottery.

But there's a serious downside to all this "wealth" creation, and that is when your longtime neighbor cashes out for retirement in Florida or Panama, and the new buyers — who are genuinely wealthy — begin to move in.